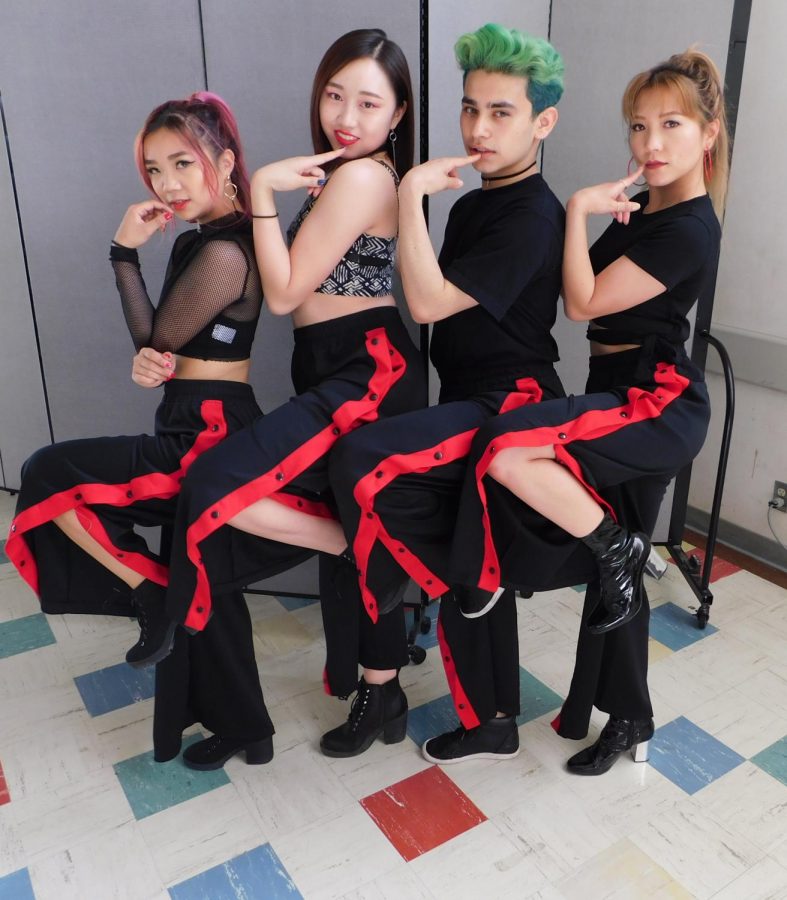 The First Bite do their “First Bite” pose

They provide Korean food for all the guest that came in and join the festival. There was also a representative from California State University Bakersfield, Sonia Silva, who is the director of the International Students and Programs Enrollment Management. For those who are transferring to CSU Bakersfield can enroll in this program and study abroad. When talking to Silva, she said that people can finish their degree in a different country and still graduate from CSUB. If the country a person wants to go to does not have their major, Silva recommended to add a minor because some majors are required to add a minor.

The Korean Culture Club also invited The First Bite, who are a K-Pop dance cover group on YouTube. The members contain Eddie Valencia, YouA Chang, Lex Woo, and Hope Vu. They performed three times in the cafeteria. Each time they performed, it was a different song. The three songs that they performed was “Black Dress” by CLC, “Bad Boy” by Red Velvet, and “DDD” by EXID. When Jazmine Lyons, who is a part of the Korean Culture Club, asked the audience if they like the performance, they all cheered.

In the festival they played a game called “K-Pop Random Dance Game” where the participants had to dance to whatever song came on. The songs varied from different artist like BTS, EXO, Red Velvet, TWICE, etc.

They also had a raffle going on where people could win K-Pop and non K-Pop stuff. The winner would win simple stuff like a poster of BTS or small standees of a K-Pop idol. One table had a lot of the K-Pop collectables. For example, it had glow sticks and CDs from different groups. Another table had laid out books where people can read about the history of Korea.