BC Jazz perform The Beatles at Indoor Theater 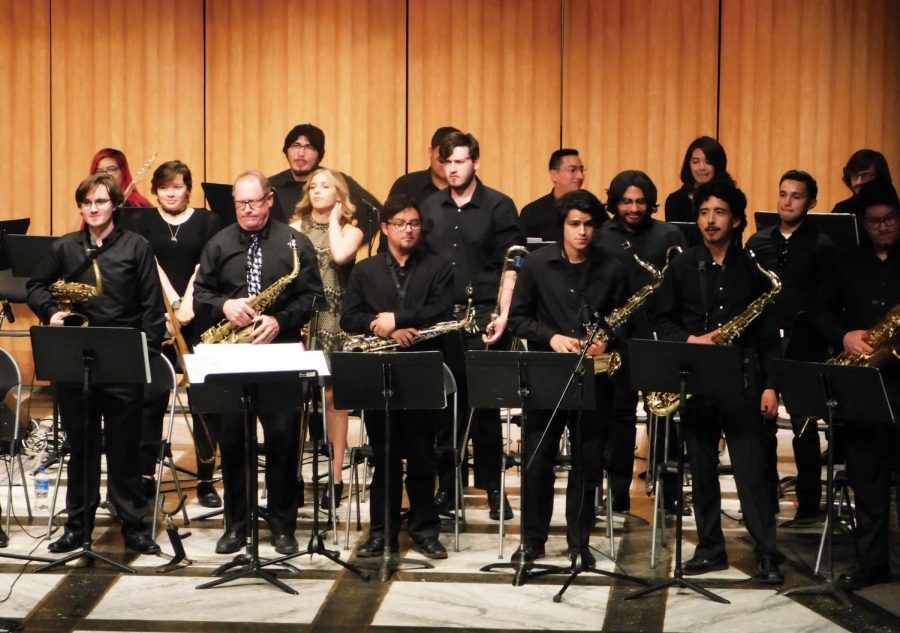 BC Jazz standing after finishing their repertoire of the Beatles playlist.

Even with technical difficulties, a “mic drop,” Beatles music, and a surprise entrance from the BC Chambers Singers, the BC Jazz performed at the indoor theater on April 27 in what was almost a full house. Before starting the concert Kris Tiner, the director of the BC Jazz, welcomed everyone and thanked them for coming.

He introduced five students, three of whom have been inducted into the jazz studies program. The concert started with three pieces. Miguel Mejia (on electric guitar), Crystyan Cruz-Mata (on tenor saxophone), Anthony Rodriguez (on drums), Jose Cid (trumpet), and Joshua Faria (on bass) were all introduce as BC Jazz Combo.

After the BC Jazz Combo were done playing their program, they went straight to the Beatles repertoire. Before every song, Tiner would talk a bit about the song and would mention the little changes they made to the music. Tiner stated that all these songs that were played, were arranged by three people.

Laura May Booker, Kareem Lopez, and Hailee Lopez would be switching in singing the songs with the BC Jazz. They played songs from “Can’t Buy Me Love” to “Eleanor Rigby.” They ended the program with “Hey Jude” which featured the BC Chamber Singers.

Walking in and out of the indoor theater were art that were made for this concert. However, the art chosen for the concert poster was made by a BC Graphic Design student Kate Palmbach and Professor Adel Shafik.