Water in art and mythology: part one of the Art, Architecture, and Archetypes series 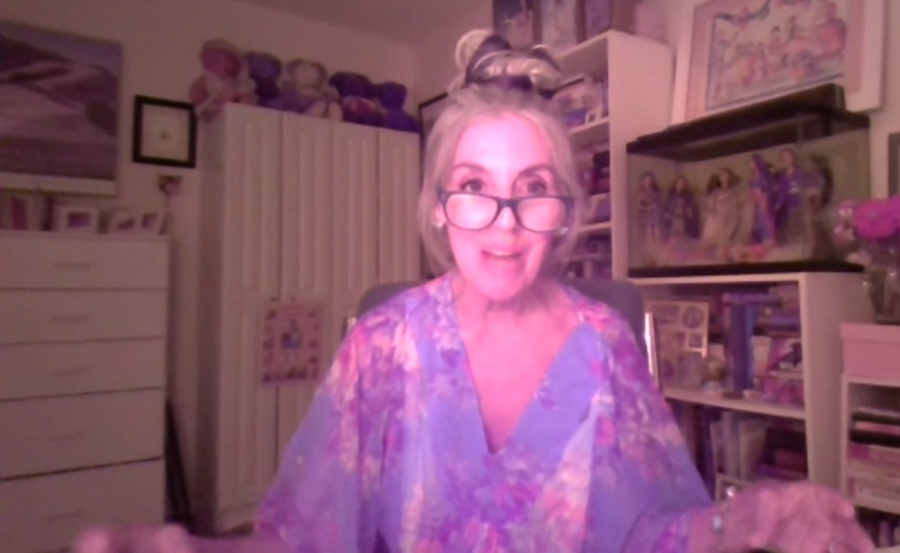 Dr. Rae Ann Kumelos discussing the difference between how water was treated in ancient times compared to the present.

The first Levan Center event in the Art, Architecture, and Archetypes series took place on Wednesday, Sept. 15. The theme for the session was art in the context of art and mythology.

The event was hosted and moderated by BC philosophy professor Reggie Williams, and the panel of speakers consisted of four other BC professors with knowledge of the subject: Dr. Rae Ann Kumelos from the English department, Art professor Ronnie Wrest, anthropology professor Krista Moreland, and art professor Nan Gomez-Heitzeberg.

Dr. Kumelos was the first to speak, and she talked about how water was used in a mythological Greek context. From the Greek god of the sea, Poseidon, to the legends of Mermaids, water played a large role in ancient Greece.

“In ancient times water was revered,” Dr. Kumelos said, “ancient Greeks and Romans traveled by seas, so in many ways, water represented power.”

Professor Wrest was the second panelist to speak, and he chose to talk about an architect who specifically works with water: Kunlé Adeyemi.

Adeyemi, who mainly focused on urbanization, discovered just how important water was to local communities and decided to use water in much of his work. Specifically, Wrest mentioned the Makoko Floating School (referred to as MFS) in the waterfront community of Makoko, Lagos, Nigeria. The school was developed in 2013 using local materials such as bamboo and timber to float on the water. The school was destroyed in a large storm in June of 2016, although two more iterations of the building were later completed in Venice, Italy, and Bruges, Belgium.

Professor Gomez-Heitzeberg was the next to speak, and she spoke of water in the context of Aztec mythology in Mexico. The Aztecs, much like the Greeks and Romans, also had water play a large role in their mythology. Ancient Aztecs would even go outside and imitate the sounds of frogs in order to please Tlaloc, the rain god.

“Without water, no civilization would even exist.” Gomez-Heitzeberg stated.

Professor Moreland was the last to speak, and she talked about how we, as humans, used water for personal use over time.

“Just think about how many water bottles you have in your house right now,” Moreland said, “We take it for granted just how easy it is to access water now.”

Ancient water containers varied from ostrich shells with a hole poked in them to the emptied bladder of a bison (which could also be used to help breathe underwater.)

The second part of the Art, Architecture, and Archetypes series, focusing on fire, will take place on Nov. 3.