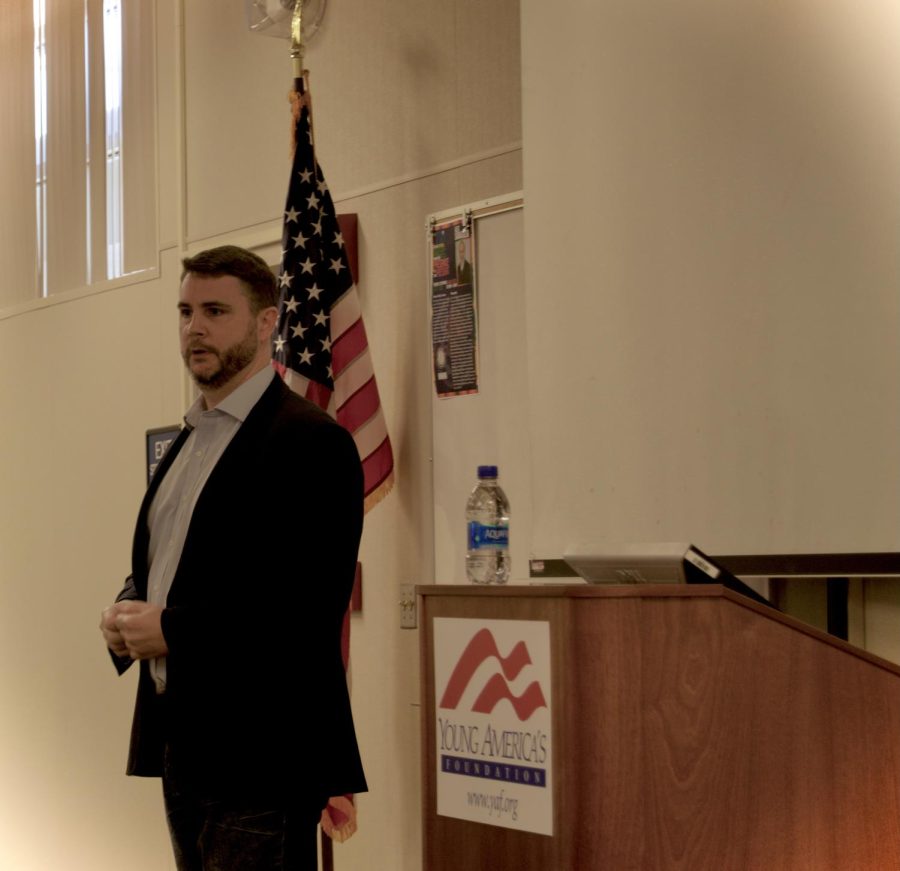 Dr. James Lindsay talks to the audience as the second Distinguished Speaker for 2022-2023 at BC.

As part of the  Distinguished Speaker series for the fall semester, and in collaboration with the Renegade Institute for Liberty at BC, James Lindsay spoke on campus on Sept. 8 at the Levan Center at 2 p.m. and the indoor theater at 7 p.m. In his career, he earned a PhD in mathematics, and he is a cultural critic and author. His most recent book is called “Cynical Theories.”

During his presentation, he shared his thoughts on critical theory through sustainability with the audience during the first conversation at the Levan Center.

He said that “each nation has their ideas of sustainability,” in goals of changing the world.

He also mentioned that he read an article from United Nations Educational, Scientific and Cultural Organization (UNESCO), in which he stated, that with the goals of creating a higher education focus on sustainability, the organization aims to have every educational class put a focus on sustainability, so that there is awareness of what it is, and how people can view it around their lives. He expressed that UNESCO does not align with others, because people establish their definitions of what sustainability is.

Another point Lindsay stated was, “Everyone cares about diversity, right? Well, what if it means two things.” He explains that there is the social construct of diversity, which is only structured through society, and the diversity that is created based on social equity.

His discussion pointed out that there is usually an argument that occurs within a situation of faculty members when there is a miscommunication about how they each view diversity, inclusion, equity, and sustainability.

An example of his statements can be viewed through student opinion. According to a student who chose to share their opinion anonymously, they said, “I must give props to James Lindsay because I did not know what his argument was at all. He said so much yet nothing at the same time. Much of his time was spent describing what he meant by cultural Marxism, but he never thoroughly explained why it was ‘objectively’ problematic. Some of us enjoy Marx’s theories. My favorite bit was when–in arguing against the validity of the climate crisis, he implied that radioactive waste from nuclear power plants is a nonissue, because bananas are radioactive too.”