Column: Lucky to come out twice 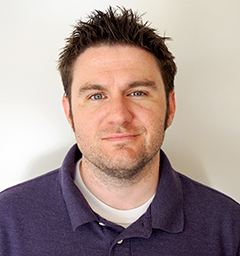 Coming out is one of the biggest moments in any gay man’s life and I was lucky enough to do it twice.

My initial attempt was met with such shock, confusion, and anger from my parents that later that night I traipsed into their bedroom and told them, “Ha ha, just kidding.”

I remember my dad’s hollow voice traveling through the darkness, “Why would you do that to your mother?”

It was a lie, yes, but it seemed like the best thing to do, since this news hit my mother like a truck.

My father, on the other hand, could not have cared less.

The next day my family acted as though nothing had ever happened.

The second time was just after my mother, unbeknownst to her, had dropped me off for a date.

What I didn’t anticipate was for her to loop back around the parking lot to see who it was I was meeting.

That night, my mother glared at me as she asked if the man with the tattoos she saw me walking with was my boyfriend.

I took a brief moment to let the question hang in the air, weighing the pros and cons of my response. I knew I couldn’t say “just kidding” this time around and have it be alright.

I responded with the answer she did not want to hear.

So upset was she, that she did not say a single word to me for two solid months.

When she seemed to finally move past it, or pretend it had once again been a joke, her words were very carefully chosen and our relationship seemed to weaken.

That was fine with me at the time. I knew before I had answered what the result would be.

What I did not expect was how much change my mother would, in fact, make.

It is strange to look back at how cold she was compared to who she is now, and how even at family events, she refers to my husband as her son-in-law or on occasion refers to us as “the boys.”

The strangest of all was, before my husband and I were allowed to wed, we moved in with my parents for a short time while we gathered the money we needed to buy a house.

I think it was during this time that she saw that my husband and I were just like every other couple.

I can’t begin to understand what it would have been like if my parents had chosen to throw me out without any place to land, because that was their idea of “the right thing to do.”

Unfortunately, for many that do share who they are with friends and family, it is met with anything but love.

Many families have been ripped apart by some preconceived notion of what it is to be gay and how it is somehow immoral to be homosexual. More often than not, they are misinformed caricatures.

While it is something every gay person must continuously do throughout their life, telling one’s parents is the first and the most difficult.

Evidently, I love the stress of it or I wouldn’t have done it twice.