How to establish independence when you still live at home 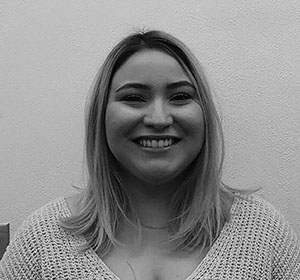 Living at home once I celebrated my 18th birthday and graduated high school was confusing. I was no longer a clueless minor; I was now a clueless adult, and it blurred the lines concerning authority.

It wasn’t easy, but it was important to establish independence, so my parents realized I had grown into an adult that can make my decisions. I made it clear that I appreciated the living space they provided, and I would follow their rules inside the house, but anything outside of the home was free rein. Establishing independence when you still depend on your family for necessities is difficult, but little things can be done to at least feel like other college students who might live in a dorm.

Even now that I don’t have my own vehicle and I have to borrow my mom’s car, I don’t ask to use it. I tell my parents that I will be going somewhere, or I simply yell out “I’ll be back,” and they know that means I will be taking their vehicle. I never ask them if I can go somewhere, and I haven’t since I was 19 and went to Los Angeles for school.

I, however, never lie when they ask me where I’m going because I know it’s not an attempt to stop me from going somewhere. They either want to know what time I’ll be home so they know when to expect someone to come through the door or they want to make sure it isn’t far because the gas level is low.

I’ve always been upfront and assertive when I need to go somewhere, and it hasn’t stopped me from doing anything. My parents can make suggestions on plans I make, but they know it’s ultimately up to me as long as it doesn’t affect them and their home.

Buy your own stuff

When I had a job, I tried to buy everything I could for myself. I bought my own food, though I made the mistake of not labeling it so everyone else ate it. I tried as much as I could to help pay for the exuberant phone bill, and I bought all of my toiletries. There is nothing more embarrassing and painful than to ask a father to pay for tampons, so I suggest putting away enough money to support a healthy lifestyle.

Also, I had to stop relying on my father to pay for every excursion I wanted to go on. If I wanted to go to Universal Studios, then I had to come up with the money because I didn’t want a debt to hang over my head. If you want your parents to stop bossing you around like you’re a little kid, then stop relying on them like you are one.

I am still working on this one. I’ve been a bit of a loner my entire life, so I don’t have many friends I can turn to for advice. Although my father and I don’t have the best relationship, I know that most of the time, he will help me with a tough situation. I know I can call him anytime, no matter where I am.

It has, however, created a dependency that I’m trying to curb. There is a little something called Google that I can use to help me when I’m unsure about what to do in a situation. I can even rely on people on Reddit or Quora to walk me through similar problems or experiences.

An adult, unlike a child, faces their problems and comes up with solutions. To prove that I’m an adult who doesn’t need guidance or rules, I have to problem-solve on my own. Being self-reliant is the best way to prove your independence.