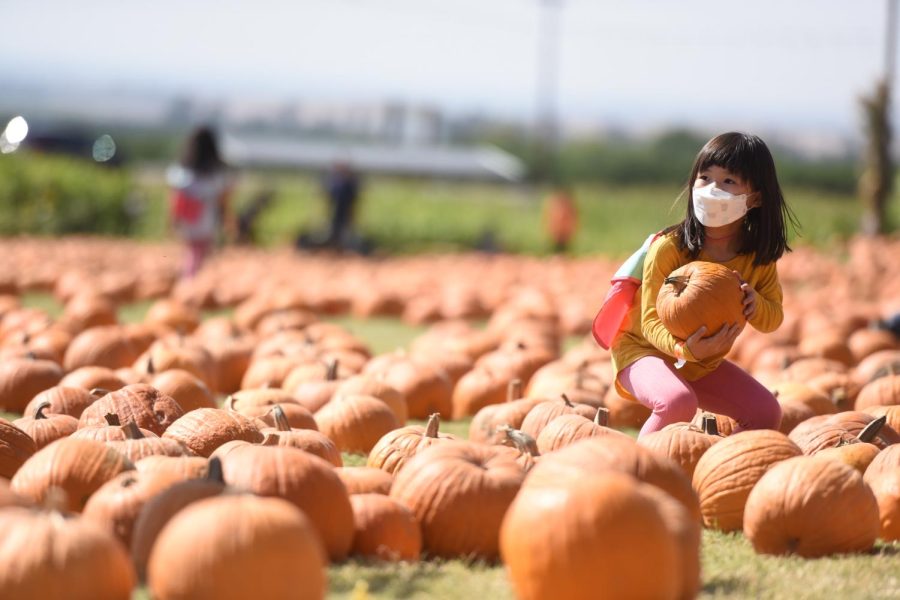 A girl picks up her pumpkin from the pumpkin patch at Murray Family Farms.

It is feeling like fall at Murray Family Farms. The farm is back this year with full festivities and even more pumpkins!

There are pumpkins made up of all sizes on the Murray Family Farm. Founder Steve Murray says for October Fun Fest, they added a bigger patch full of pumpkins both grown on the farm and bought from other farmers.

With every admission one would walk away with a free pumpkin of their choosing. “We’ve got everything from the size of your head down to cannonballs, down to munchkins. It’s huge probably 180 to 200 pumpkins that are over 120 pounds,” Murray said.

“We’ve got the potato blasters, the corn cannons, and the wagon ride, we’ve gone in and renovated our animal garden so we’ve got some new members of our staff in the animal garden,” Murray said. “The ball toss, the slide is back again. It’s open space all outdoors and it’s a great place you know the CDC says outdoor activities have a low risk,” Murray said.

The Fun Fest runs through Oct. 31. It is every day in October from 12 p.m to 8 p.m. Tickets can be bought on Murray Family Farms website.