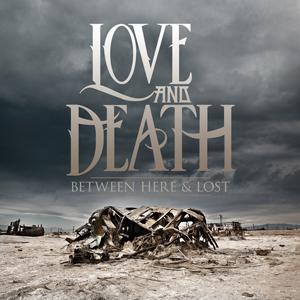 Brian “Head” Welch, best known as the former guitarist of the nu metal band Korn,  released his newest album “Between Here & Lost” with his band Love and Death on Jan. 22.

Welch stated that in the estimate of two weeks from Feb. 6, he will be going on a monthlong tour from Texas to the East Coast.

The album’s process began in the summer of 2011, in which Welch stated that they worked on it every few months due to the tour he was involved in.

“I pray a lot,” stated Welch when asked what inspired him to release his album. “I prayed a lot and focused.”

Welch stated that the music in the album is about going through hardships in life and a mix of energetic rock music melody.

“It’s a decent debut,” Welch said when asked about the current sale of his new album.

Welch also stated that they would be promoting their album while touring with Korn. They will be starting their tour, which will happen only in Europe, in June of 2013.

Love and Death didn’t really promote their music through the radio, but it mostly took advantage of promoting their album through the Internet and magazines.

Welch professionally began to work in the music business in 1994, and he stated that he would like to continue working in that industry as long as he can.

He also likes public speaking, and he stated that he would pick it up somewhere down the road in his life if music were to be checked out.

“I visit twice a year,” stated Welch when asked about his visitation to Bakersfield.  “My family is here.” He stated that he attends the Valley Bible Church whenever he can.

When Welch is out working on his music, he is unable to attend church but stated that he would pray and work on his belief because it is very personal to him.

Welch stated that his collaboration work with his current band, Love and Death, may include Korn in the future.  Their new album had a collaborative track with Mattie Montgomery of For Today.

“Hopefully everyone would pick it up,” stated Welch when asked what he would like to say about his album.

They also recently released a music video for their track “The Abandoning” on YouTube and VEVO.

If possible, Welch hopes that he will be able to hold a small concert in Bakersfield some time in the future.