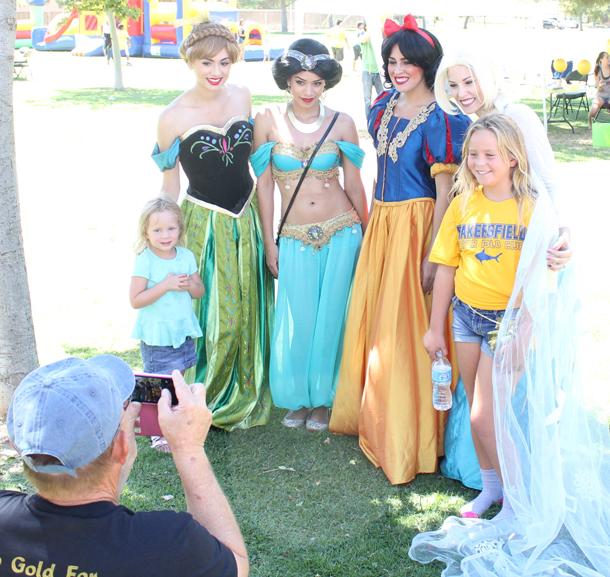 When the color gold is seen, most view it as a color that symbolizes nothing more than just another color. But to one mom, it means so much more.

Diane Martinez is the mother of Ben, who had been diagnosed with cancer back in September 2013.

Until then, she was unaware of it even being childhood cancer awareness during the whole month of September.

“I thought no one should not know about this month and how can we fix this problem?” she expressed.

Since last year, she has made it a mission to tell everyone, everywhere, that during this month they should take the time to think of a child they know, or have known, that has either battled and won their fight against cancer or has gained their angel wings after losing the fight.

Her hopes from the event are that more people will be made aware of the growing statistics of childhood cancer as well as the fact that there have only been two new medicines developed for pediatric cancers since 1980, both of which are for leukemia.

“We’re in 2014 and childhood cancer is going up in numbers,” said Martinez.

The facts as they are right now are that 46 kids are diagnosed with cancer everyday, and seven kids die every day because of one of the forms of childhood cancer.

Martinez’s son Ben got up in front of the crowd of people to thank them for coming to support him and all the other kids that have cancer.

When asked about how he does in front of groups speaking, Martinez mentioned that in social situations he is awkward, but he is passionate about spreading awareness.

“I need new medicines … my mom keeps telling me that there’s a light at the end of the tunnel,” Ben said.

There were several awards presented to some of the kids that were in attendance. Second Star to the Right gave a Warrior Certificate and sunflowers to those kids that were fighting or have fought against cancer.

Hopeful Harvest gave away medals to honor the children battling cancer as well as their siblings, as a recognition that just because only one child has cancer, it affects the whole family as well.
The third award given that day was sponsored by Advanced Industrial Services, which came from Martinez’s family, was a water bottle created for the survivors that read, “Survivor: It came, we fought, I won,” as well as a dog tag that read, “I’m a giant slayer, the cancer was the giant I slayed.”

When asked if she intends to hold any more events, she said she wouldn’t be personally, but there are several more that Second Star to the Right will be holding.

One of the events, The Poker Run, will take place on Sept. 20.

“It’s going to be a lot of fun, and it doesn’t involve any physical running,” Martinez said, with a laugh.

For more information on this event, including fees and where it will take place, check out Second Star to the Right’s website.

Also, there is an event that takes place nationwide, like the ALS ice bucket challenge, but instead of a bucket of ice water being poured on a person’s head they are taking a pie of whip cream and smashing it into your face.
Among the other booths set up there was Enchanted Entertainment featuring four of Disney’s own princesses as well as a Teenage Mutant Ninja Turtle there to take pictures with the kids.

Hopeful Harvest can be contacted to purchase fresh or organic fruits and vegetables and can be delivered to your home either weekly, biweekly, once a month, or whenever you choose.