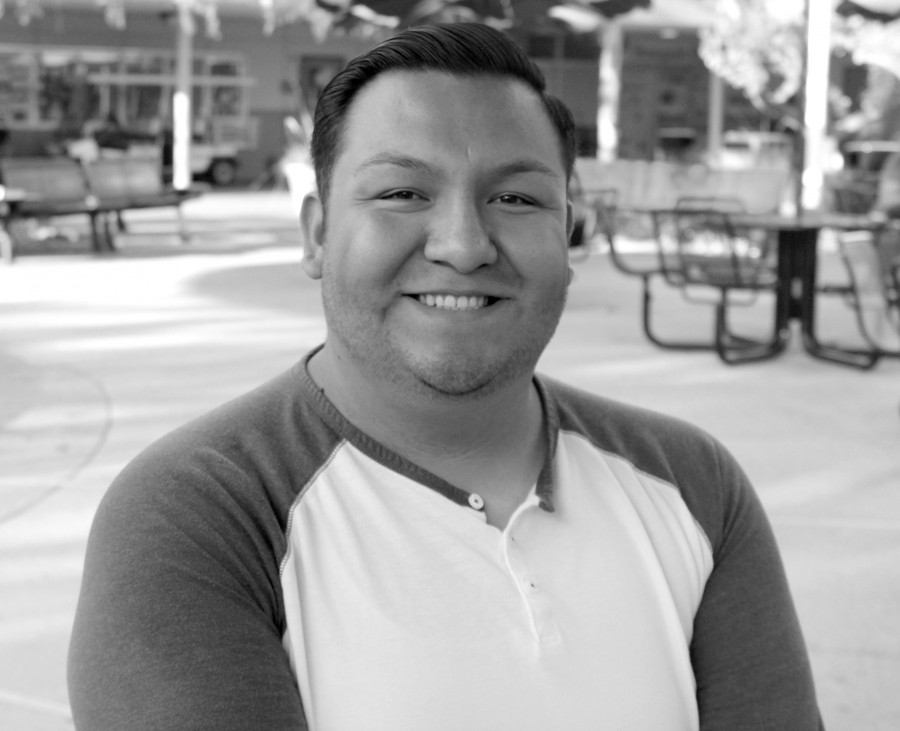 Leonel Teran, a Bakersfield College student, continues to accomplish his goals with the help of Deferred Action for Childhood Arrivals (DACA). Teran was granted deferred action on Aug. 5.

DACA is a memorandum that was created by the Obama administration and has been implemented by the Department of Homeland Security to defer the removal of low priority undocumented individuals.

With deferred action, Teran, an undocumented individual, has successfully applied for a California identification card, employee authorization and a driver’s license. Teran was brought to the United States when he was 3 years old, and was unaware of his undocumented status until he was a teenager. At the age of 18, Teran asked his mother why he was unable to get a driver’s license.

“I thought I was like everyone else,” he said. “I asked my mom why I couldn’t get a driver’s license. She said, ‘You can’t because you don’t have your citizenship, you don’t have a social, you can’t get one.’ I learned there was something different about me.”

Teran was unable to tell anyone about his status, and it would hinder him from getting into college as well. He recalled applying to California State University Bakersfield and wondered why he had to pay an expensive application fee and his classmates didn’t.

“I raised my hand and asked why I had to pay the application fee. My mom was the only one who worked in our family and we were poor,” he said. “I remember thinking, ‘I’m not going to go to college.’ That messes with you. It feels like your dreams are crushed.”

Now, at the age of 23, Teran has renewed hope for his dreams. Because of his deferred action status, he is able to continue working towards his goals. Teran is a communications major and hopes to transfer to California State University Los Angeles and complete the radio, tv and film program. He also hopes to minor in theater.

“With deferred action, I have more opportunities and it’s opened a whole bunch of doors for me,” he said.

“There is definitely fear that the next president can end the program,” Teran said.

Although DACA is not a permanent fix, it is one step closer for Teran to be accepted into this country.

“[Without documentation], you feel like a total outsider, and you feel worthless compared to other individuals who have citizenship,” he said.

Teran was not born in the U.S., but he feels tremendous pride being able to live in this country and is grateful that DACA allows him a chance to give back to the U.S. Under DACA, an individual’s wages will be taxed but because DACA does not provide an individual with a legal status, individuals are unable to use government benefits provided by taxes.

“The issue is when people say ‘Oh, your illegal.’ I hate that so much,” he said. “We’re undocumented Americans. I feel proud seeing the American flag. Overall, this is a great nation and I’m so lucky to be here. [DACA] is an investment from the government.”

One condition of DACA, is that most applicants cannot leave the country. Teran recently lost his mother to breast cancer, and her final resting place is located in Mexico. Although Teran was saddened that he and his siblings could not visit his mother’s grave, he is hopeful that one day his chance to visit her will come.

“My mother was laid to rest in Mexico and it haunts us that we couldn’t visit her,” he said. “Someday, I will go visit her.”

Currently, Teran remains focused on following his dreams but he hopes to end the stigma undocumented individuals face. When he was younger, he felt the need to hide his legal status, but is now more confident informing others about his past.

“I’ve learned to voice my opinions and am coming out of the shadows,” he said. “I’m undocumented and it’s nothing to be ashamed of.”

Now that he has successfully been granted deferred action, Teran is currently helping his sister with the process. With his deferred action status, Teran hopes to inspire his family.

“I want my family to be proud of me,” he said. “My nieces and nephews all look up to me so much. They don’t care that I’m undocumented.”