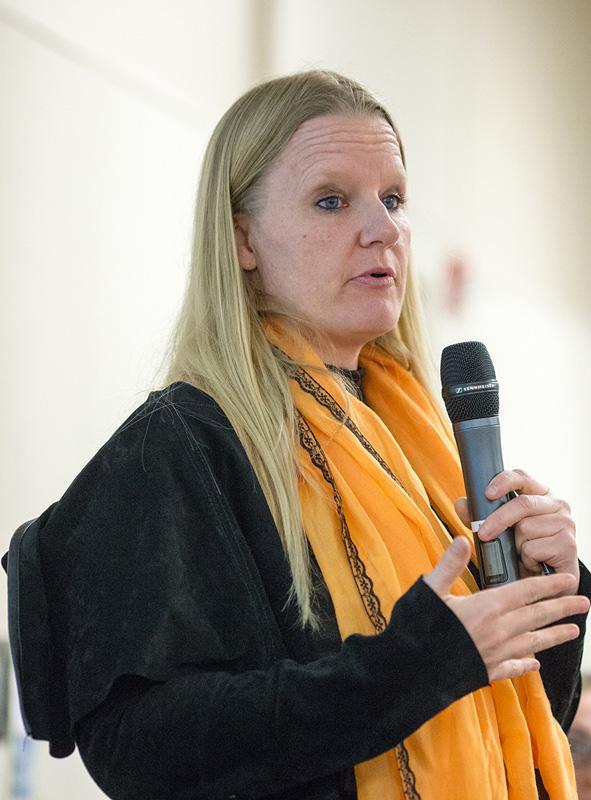 In recent years, the world has witnessed one of the biggest human rights crises since World War II. The ongoing refugee crisis has become an epidemic, involving 60 million refugees on the march from countries all over the world.

On Feb. 5 the Levan Center at Bakersfield College hosted a discussion titled “Refugees in our Backyard,” which addressed the issue from a global, national, and local standpoint.

UC Davis Law professor Holly Cooper, along with two of her students, gave a presentation focused on various aspects of refugee crises, including demographics, asylum seeking, detainment, and the privatization of detention centers.

Cooper shared an experience she had with her first assignment in 1999 as an immigration lawyer.  She was asked to work at the Arizona-Mexico border, and her first task was to work with unaccompanied minors from all over the world who were detained in a local jail. She recalled that there were at least 16 minors in every jail cell.

Cooper said, “I remember leaving the facility and being sickened by what I saw. And I said to myself, ‘does anybody in this country know what we are doing to these individuals?’”

Cooper runs a law clinic at UC Davis that focuses on representing detainees, many of whom are detained in the Mesa Verde Detention Center in Bakersfield. Mesa Verde has a capacity of 400 immigrants.

According to Cooper, The United States allegedly admitted roughly 70,000 refugees in 2015; the number is expected to rise to 80,000 this year. In regards to the most media-prevalent refugee crisis in Syria, the United States has agreed to admit just 0.2% of the need that exists. Almost no Central American refugees have been or will be admitted.

“We’ve already registered to the world [that we are] turning a blind eye,” said Cooper.

She went on to add that when we choose not to admit individuals, those individuals begin to migrate in search of safety. In that search for safety, vulnerability and exploitation reigns supreme. It is because of this that Cooper believes that when refugees arrive and seek asylum in the US, they arrive as “half-broken spirits.”

The policy states that asylum seekers must be detained until their case has reached closure; this includes children.

After Cooper’s introduction, Anita Barooni, law student at UC Davis, helped navigate listeners into understanding the details of this crisis.

Barooni began her section of the presentation by discussing the three main crises that have occurred in recent history: European (now), Central American (2014), and African (ongoing).

She asked the audience, “If the major euro powers aren’t stepping in and if the US isn’t stepping in, where are all these people?”

According to Barooni’s research, the top 10 countries in which refugees are kept are, in order from most to least: Turkey, Pakistan, Lebanon, Ethiopia, Iran, Jordan, Kenya, Uganda, Chad, and Sudan.

“There aren’t any major western developed countries that are willing to take in this refugee population. Another thing that I noticed is that some of these countries don’t have the best human rights record, which is a little bit concerning because you already have a population that is vulnerable, and they’re moving into countries that aren’t best equipped to take care of them,” said Barooni.

Cooper shifted the focus to unaccompanied minors in California.

Cooper stated that refugees who come into California are typically from Mexico and Central America because traveling through land is easier than traveling overseas.

According to her presentation, Honduras is the most violent country in the world. El Salvador is number four, and Guatemala is number five. Mexico has rapidly been making its way to the top due to cartel violence in recent years.

In 2014, 60,000 unaccompanied minors came to the US from Central America seeking asylum. The motives for these children include a better education, protection, escape from gangs, prostitution, marriage, and escape from prosecution based on religion, family history, and sexual orientation. Many of these children also come to the US in search of their parents.

According to Whitney, detention Centers are privatized for profit, and subcontracting limits government regulations.

“These detention centers focus on profits over public good. Do we want a business that operates on detaining people?” asked Whitney, to which some audience members answered, “No.”

Whitney closed the presentation with information regarding alternatives to detention centers, which include supervision and monitoring, that according to Whitney are, “More humane and more cost effective.”