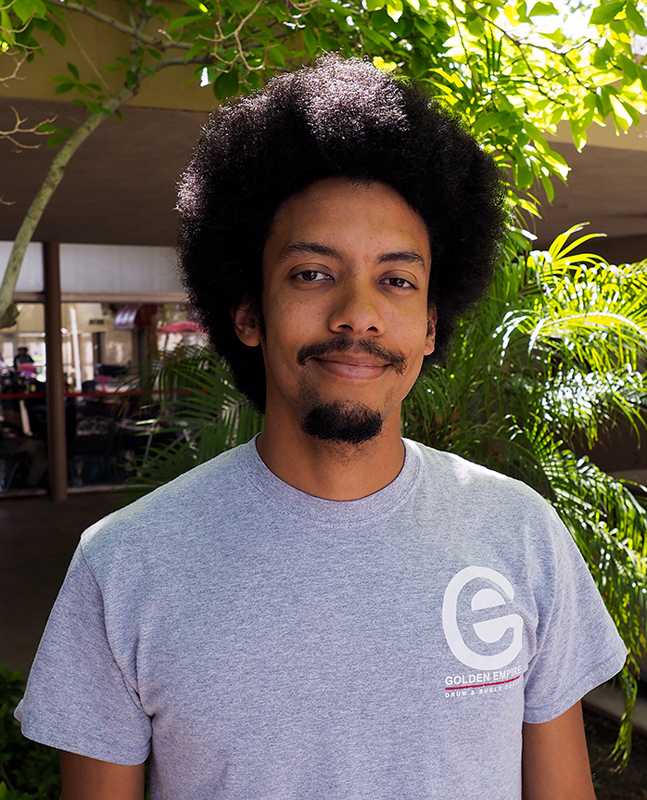 RayAnthony Cox, 26, is an Industrial Drawing major at Bakersfield College and is currently a sophomore who is on track to graduate at the end of this spring semester.

Cox was initially an architectural major focusing in design of homes and small buildings but felt as though the field wasn’t generalized enough for him. Wanting to stay in the architectural field, however, Cox didn’t have many choices to choose from for new majors. After weighing his options, he finally chose on the industrial drawing specific classes because, “Regular architectural classes were just too broad of a field and didn’t really give too many specific options for the mainstream job market,” said Cox.

He also went on to cite years of “Lego” experience as the starting point for his love in anything architectural, “I remember years of building new and crazy things with my Legos. Basically it was the bigger the better and I always wanted something bigger,” said Cox. “Plus I had to move on from Legos though, too many bad memories of stepping on them with no shoes.”

Whenever he isn’t busy building major infrastructures, Cox is busy teaching the BC Drumline their steps, as he is a student instructor for the team. Technically Cox’s position is a visual tech that is responsible for the basic movements of the team.

Cox plans to pursue a job in process piping which is responsible for overseeing and designing the construction of marine crafts and floating structures such as tugs, ships, torpedoes, buoys, floats, barges, submarines, among other structures. They design layout of craft interior, including passenger compartments, ladders, cargo space, and elevators. He also plans to continue his education further in the CSU system so as to stay closer to his newborn daughter and work on being a family, “Well my daughter will be born on April 7, so basically everything I do from now on is for her,” said Cox.

The BC student loves his time on campus and all the students and just hopes to finish out his time here at BC on a good note.

“Things started off rocky, but the people at BC were always very helpful. I mean I’ve been here some years now with slow results, and they’ve been there to help every time. Now I’m just hoping to finish things logistically,” says Cox.