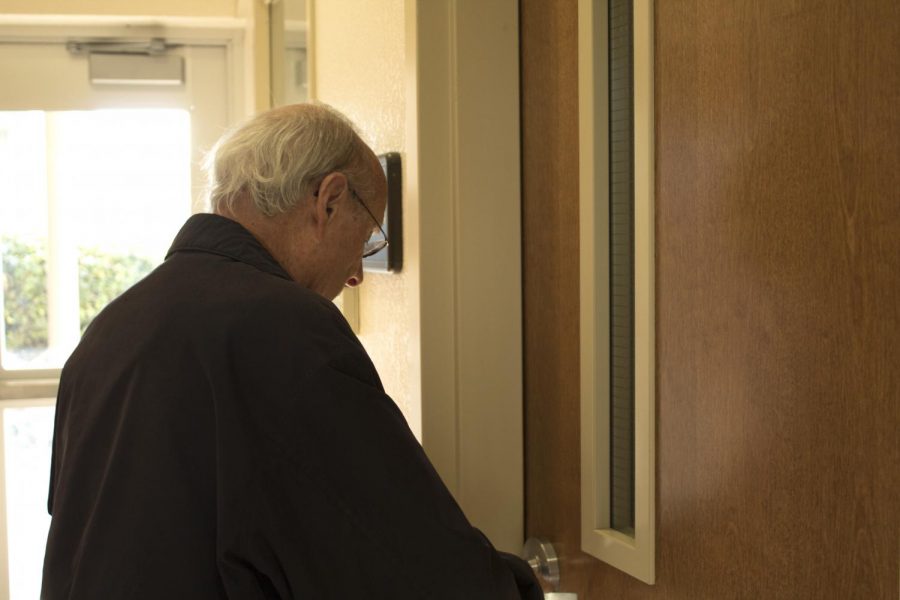 Jack Hernandez is retiring from the position of director of the Norman Levan Center of the Humanities, which he has held since its inception in the Spring of 2007. Reginald Williams, a philosophy professor at BC, will be taking the position in June.

“I thought, ‘Well, I’ve done a lot, and its time now for someone else to take over and have some new ideas and do some new things and continue the programs that I’ve begun,’ … and Reggie’s going to do that and he’s going to do a great job,” Hernandez said about passing on the torch to Williams, who was his student in Intro to Philosophy when Williams attended Bakersfield College. “… He’s a great friend and he was a great student [and] now a great professor here.”

Hernandez has held many jobs at Bakersfield College and the Kern Community College District, but he says his favorite position was teaching, which he “loved most of all.”

When Bakersfield dermatologist Norman Levan donated $5.7 million dollars for the formation of the Center in 2006, Hernandez said that the current facility would not be built until 2010. “Many of our lectures, for example, were held in the fireside room.”

“I really enjoy writing, so I’ll continue writing. I plan to have an office; I hope… I thought, you know, I still want to have a place on campus,” he said. Hernandez writes fiction, nonfiction, poetry, and short stories for his young grandchildren. He also wrote the first faculty colloquium for the Levan Center and still plans to be connected with the BC archives.

“I got to know him after he endowed the center. He was very interesting, he had both backgrounds in science and the humanities… He really loved the humanities and felt they were really important, although he practiced medicine right up until, almost right until, his death,” said Hernandez of the center’s namesake, who passed away at age 98 in 2014.

“I get … suggestions from faculty because I know that the faculty support these people and are excited about them, then they’ll recommend that to students and other faculty members and there’ll be a big turnout. So one of the great things for me has been working with faculty on a lot of our events,” he said regarding his past work with faculty at the center. He also enjoys meeting with scholars that visit to give lectures and the book discussion groups held in the center.

“I just hope it continues [and] expands its support of the humanities here on the campus and in the community,” Hernandez said regarding his hopes for the future of the the Levan Center for the Humanities.