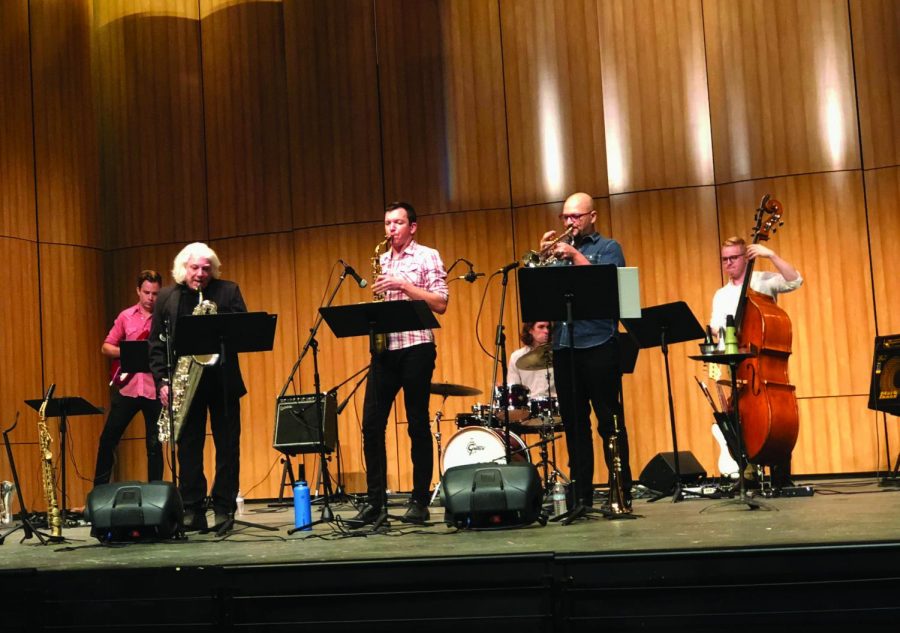 Bakersfield College held the Panorama Creative Music Summit on Sept. 22. It began with Chris Tiner, the music director, hosting a Q&A with composer and musician Daniel Rosenboom, and then lead the audience to ask questions.

He answered inquiries regarding his daily routine, his life as a musician, and what it was like to be a part of the symphony involved with Star Wars Episode 7 and 8.

“That was one of those moments [working on Star Wars music] I was sitting there pinching myself, like is this really happening?” said Rosenboom.

The Q&A was followed by Alex Bernal, Morgan Crite, and Carlos Armenta; students in the commercial music program who performed an original song, then a cover.

Following the students was artist Yuri Kiehn who sang an original, before continuing on to do a cover of “I Don’t Want to Be You Anymore” by Billie Ellish. The last student performance was by Nohemi Ramirez who also sang her original song “Someday.”

The Panorama Creative Music Summit then showcased a local band by the name  Fawns of Love. Fawns of Love consists of a couple that has been married for 13 years.

Jenny and Joseph Andreotti are both full-time teachers located here in Bakersfield, who record in their own home using vintage equipment. The couple performed several songs with the wife singing and husband playing the guitar.