Clemantine Wamariya shares her story at the Levan Center 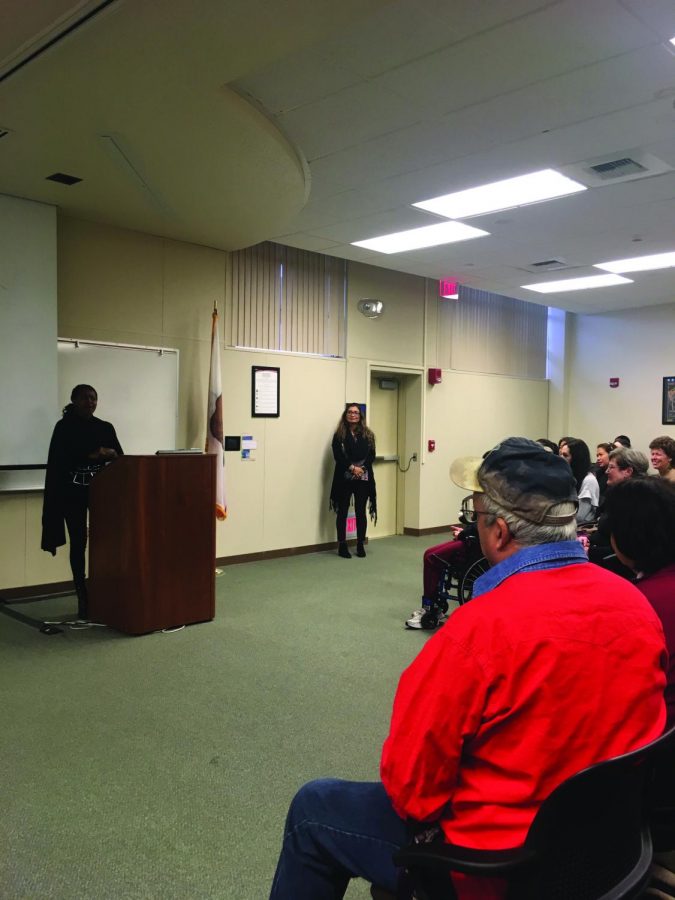 Clemantine Wamariya recalls her passage through seven different countries with her sister to escape the Rwandan Genocide.

Clemantine Wamariya, storyteller, human rights activist and author, spoke about her early life and her memoir, “The Girl Who Smiled Beads,” at the Levan Center on Feb.28.

Wamariya is a Rwandan Genocide survivor who has become a speaker.

Wamariya began by saying she was currently living in San Francisco and for the last 10 years, has been on the road, “trying to figure out what is it that brings us together.” One of her ideologies she brought up was, “Which fruit are you?”

Wamariya said the question gets rid of things that separate us including race and gender.

Next, Wamariya summed up all the drastic events that had happened to her and her sister Claire during the Rwandan Genocide. At the time Wamariya was only 6 years old.

“I had survived three wars. I had lived in nine different countries. I had been without a home,” she said. “I had been personally without a country. I had been a person without papers.”

Wamariya said she has experienced the opposite of tragedy in her life as well including graduating from Yale, receiving numerous awards, and reuniting with her family that she had not seen in 12 years on the Oprah show.

In 2014, Wamariya was invited to the 20th Commemoration of the Rwandan Genocide.

During the re-enactment of the Rwandan Genocide, Wamariya said men and women were being triggered left and right and were being forced to remember the pain they caused each other.

Wamariya recalled what happened 20 years ago on the hundred days of genocide.

Wamariya then spoke about her book, which took five years to write with the help of Elizabeth Weil, who is an investigative reporter.

Wamariya talked about her mother before reading an excerpt about her in the book.

Toward the end of her speech, Wamariya emphasized how upset she was when she crossed her first border saying it was imaginary.

Wamariya urged the audience to read her book, understand it and to pass on the message.