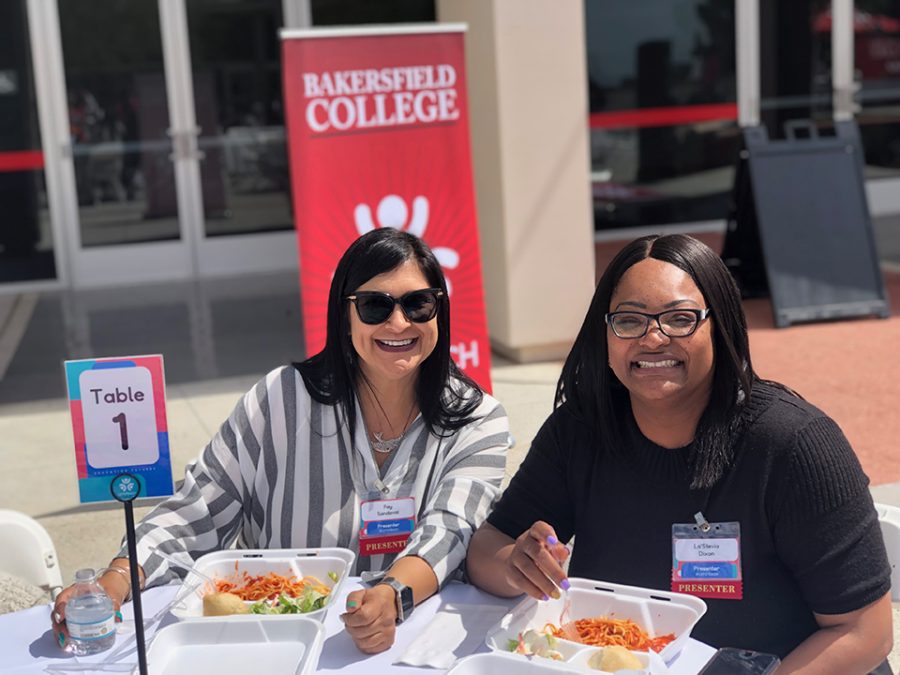 Presenters Fay Sandoval and La’Stevia Dixon from Edison School District spoke about “Teaching From the Heart” at the LETS Teach Conference workshop.

The Leaders and Educators for Tomorrow’s Students (LETS Teach) conference gathered students who are interested in pursuing a career in teaching or becoming professors on March 29.

The event was at the Indoor Theater and many Bakersfield College students attended, including high school students.

The conference also included a lunch for the students and participants outside the theater.

The conference consisted of students participating in interactive workshops.

Professors and field experts directed many of the workshops to prepare and inform students about what being an educator is like.

Throughout the conference, there were around twenty workshops provided to the students.

Other presenters were from Edison School District and University of LaVerne

Educational advisor Isabel Castaneda said the Education Department prepared for the event with a coordination team, peer mentors, volunteers, and the presenters.

“Our target students for this conference were those who are thinking of pursuing teaching in the field of STEM or CTE,” Castaneda said.

According to Ed Source, “California school districts by the Learning Policy Institute revealed that nearly three-quarters could not find enough qualified teachers to fill their classrooms. Instead, schools hired thousands of underqualified teachers.”

The conference was sponsored by the Education Futures Grant and the California Community Colleges Chancellor’s Office.

This was the fourth conference sponsored by the Education Futures grant hosted by LETS Teach at BC and will continue to have monthly events for students.