Artisanal Food and Craft Beer discussed at the Levan Center 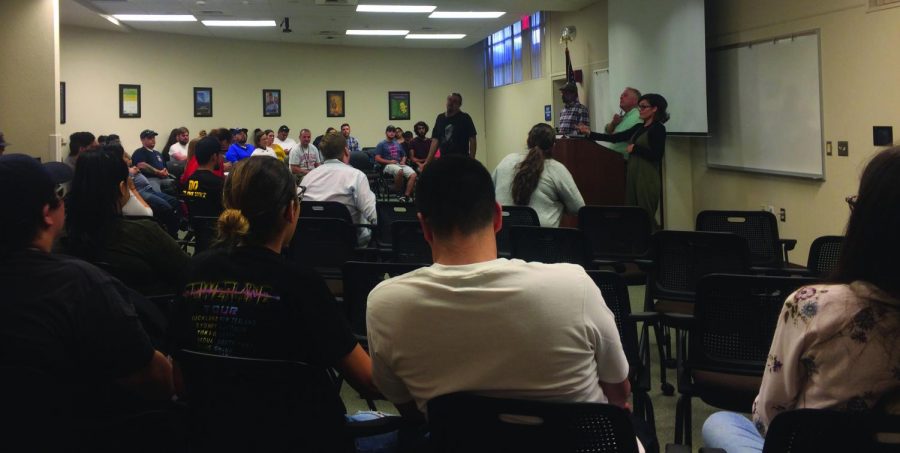 Ken Albala, a professor of history and food historian talked about handmade pizza and beer at the Levan Center.

Ken Albala, a professor of history and a food historian at the University of the Pacific, hosted a talk which situates food into a broader historical, cultural, and social context on April 29, at the Levan Center.

This event is for the topic of meanings of what do the terms “Artisanal Food” and “Craft Beer” really mean.

The event started as Reggie Williams, a professor at BC introduced professor Albala and thanked him for coming.

“Food is a one-word example of a topic that has humanity angles,” Williams said. “What is it really to be a human being and the significance of food.”

Artisanal food is bread, cheeses, cured meats, beverages, oils, and kinds of vinegar that are made by hand using traditional methods by skilled craft workers.

Albala then asked the audience, to close their eyes and think of the worst pizza they had ever eaten.

The audience responded with cold pizza, burned, bubbles on the crust, and frozen pizza.

As he mentioned a quick story on what was the worst pizza he ever had when he was young. When Albala was young the school he went to gave him a pizza that was stuck to the school lunch tray as the pizza broke apart.

Next, he asked to think the opposite hand, what is a good pizza? What makes it a good pizza? The seasonings, the crust, the cheese falling, handmade, and the flavor.

One member of the audience asked the speaker Albala to elaborate on what kind of pizza he was talking about; American pizza or different kinds of pizza.

He mentioned the changes of pizza in America has become bigger and Americans add a lot of toppings in pizza that is not traditional for example Blaze pizza.

Albala talked a little it of beer. The different tastes in wine and beer. He described the craft as a skill in making by hand.

Lastly, he said that pizza and beer are better when it’s made by hand.