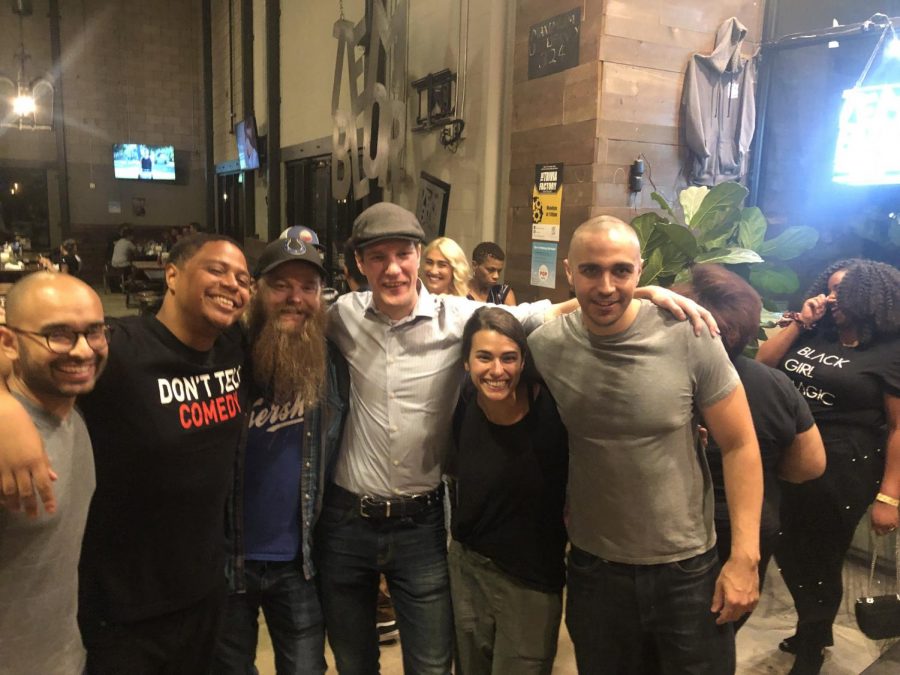 Temblor Brewing Company presented the Streets of Bakersfield Comedy Showcase on Sept. 14 inside a small, secluded space located beside their main dining and entertainment area.

Attorney and comedian Chris Flail hosted the comedy show, something he has done for the past five years, once again.

He started the night by warming up the crowd with his own comedy set and introduced each of the other five comedians, two of whom were local.

As the night went on, the crowd began to settle into their seats, stopped getting up for drinks at the bar and began to pay close attention to the comedians.

The laughter in the crowd grew louder as each new comedian stepped on stage.

Each comedian had their own style and told jokes based on their life experiences. Every set was unique and not quite like the others.

The hit of the night was headliner Deric Poston.

He attracted more laughter from the crowd than any of the other comedians and hardly had any quiet moments during his set. He used the entirety of the stage and used plenty of gestures and facial expressions to solidify his stage presence.

Surena Perez, a Bakersfield resident, said the event was her first time at a comedy show. She was at the event to observe and gain inspiration from the comedians to kick-start her journey as a comedian. “I am interested to see how they are able to start their stand up career. I have always wanted to do it as a hobby,” she said.

The comedy showcase only happens once every other month, but with the great turnout they have been having, Flail is hoping their growth will help them move the show into the main room or include two shows in one night.

Samantha Lopez, one of the night’s performers, does not mind the small room. She prefers smaller venues. While her dream is to be a touring comedian, headlining her show, she is happy to perform in front of anybody who will watch her, regardless of the number. “You have to constantly try to get up there or you will lose the skill,” she said.

For those looking for comedy in the meantime, Temblor hosts an open mic night every Wednesday and the Rocket Shop Cafe hosts a similar event every Thursday.