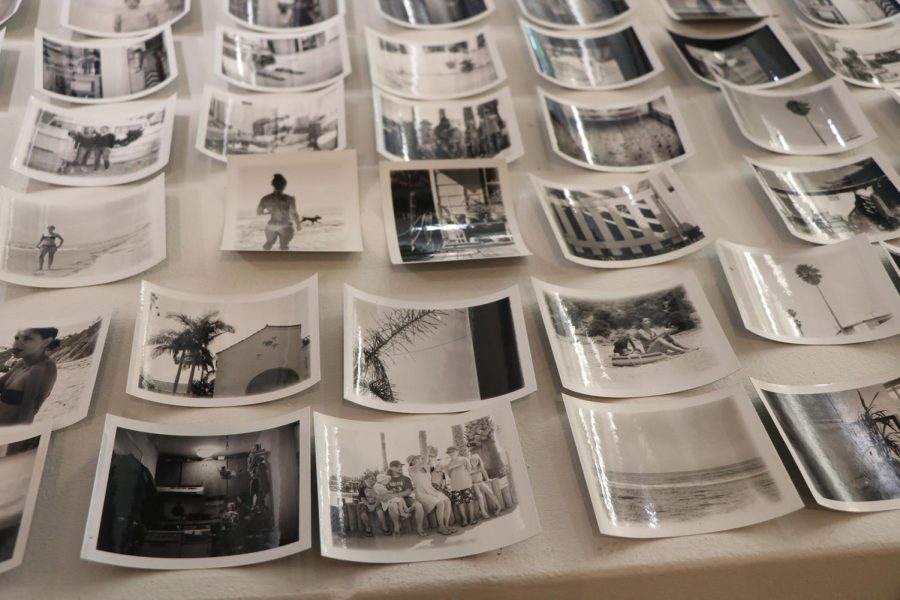 One of the art pieces from “Things that Will Maker You a Man,” an exhibition by Sage Paisner at the Wylie and May Louise Gallery.

BC’s art professors Jeffery Huston and Ronnie West held an art show in the Wylie and May Louise Jones Gallery at Bakersfield College. The project, “Things that Will Make You a Man”, on Sept. 12, features professional photographer and videographer Sage Paisners photography conveying things men are taught by society on how to be a man.

He was nominated for the Baum Award for Emerging American Photographer in January 2014 and the 5th Annual Jeunes Talents Photography Program in January 2011. Paisner is currently the Executive Director of Foto Forum Santa Fe, full-time faculty at California State Summer School for the Arts and special faculty at Calarts where he teaches alternative processes and mural size analog, and black and white and color printing.

His photography covers major problems within the American community that intersect with race, gender, cultures, and religion. In a printed description at the gallery by Paisner states that he aims to capture the history that is made within society that will never show up in any history textbook.

In his recent work, Paisner uses images of commodities that are viewed as masculine. Things such as guns, tattoos, cigarettes, alcohol, fighting, and pornographic images are what a man should have and like. Through these images, he questions what is a man.

“Is a man that is viewed as masculine within society still seen as masculine if he were to dress in drag?” Professor Jeffery Huston inquires.

Though a lot of the photographs Paisner uses include men with some depiction of masculinity he displays some images of masculinity within women both young and old.

He showed that even a man dressed in drag is masculine, a woman with a family is masculine not just a man drinking beer or holding a gun with dozens of tattoos, or a man smoking cigarettes and has a black eye.

It may be masculine to society, but is it really what the man wanted or simply went through with to please the image of being masculine.

The art show will continue to be shown until Oct. 11 in the BC Wylie and May Louise Jones Gallery.