Social Justice and Equity speech at BC 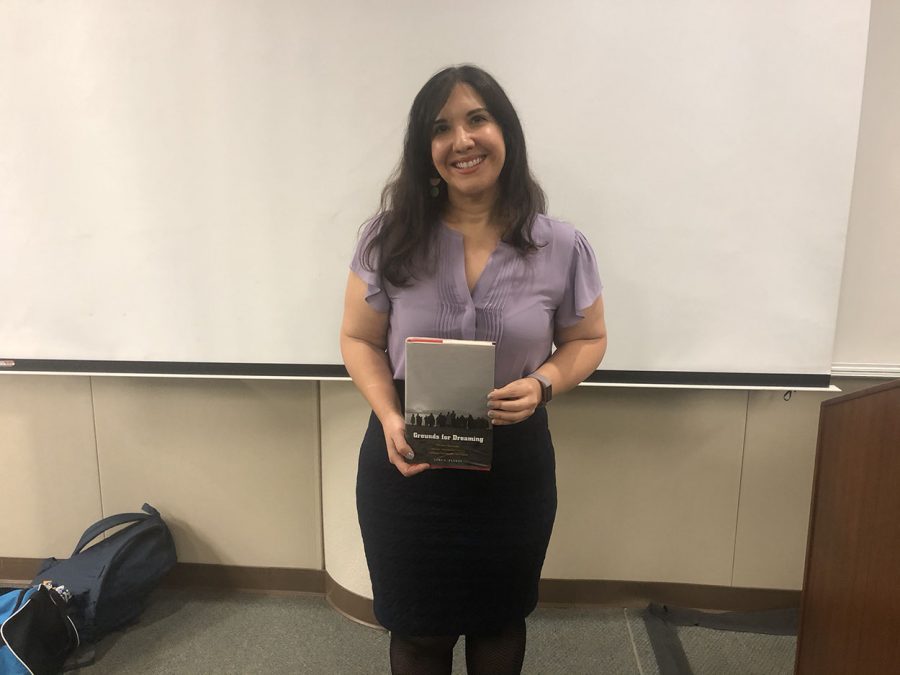 Award-winning author and professor Lori A. Flores, came to BC to talk about her book “Grounds for Dreaming,” on Feb. 20 in the Levan Center on the main campus.

Her book talks about the struggles of Latino farmworkers who confronted strict labor laws, unfair migration policies, racial discrimination, and transnational trauma during the agricultural expansion age. The book takes place in Salinas Valley, and it discusses the tragedies that took place during the Bracero project which lasted from 1942-1964.

“I really fell in love with Mexican American history,” Flores said. “In a weird way, writing this book kind of helped me write my way into my family history that I was excited to treat as an intellectual pursuit.”

Many Latino farm workers had to deal with mental and physical trauma because of the working conditions they were forced to be in. There were many stories of sexual, physical, and mental abuse as these workers were trying to provide for themselves and their families. Multiple occurrences of death while these workers were being transported to and from their labor camps. Flores talked about two incidents that encouraged her to write this book.

In June 1958, fourteen farmworkers burned to death after the labor bus caught fire from faulty designs. The gas tank was exposed and a cigarette bud landed in the gasoline and the bus blew to flames. The workers had no way to escape or alert the driver because the doors were chained shut, and they were blocked from any contact with the driver.

The other incident happened in September 1963. Fifty-seven labor workers died after being hit by an oncoming train. The driver was going past an unmarked railroad and tried to speed past before the train hit, but it was too late and the train split the bus in half. Twenty died instantly whereas the rest died in the ambulance or in surgery.

These events inspired Flores because it shows how the carelessness of others impacted farmworkers and their families. She explains that the workers were put into the same categories as farming tools. They were hardly addressed as people and if they were, they were addressed by a racial slur. Towards the end of the Bracero project, the Latino farmworkers started to demand better wages, better working conditions, and better personal treatment.

Flores was very pleased with the changes that were and still are being made for agricultural workers. She is proud of the many organizations that are working to better the conditions of farmworkers. However, there are still many things that she wishes will improve over time such as setting a federal minimum wage for farm workers and reducing the amount of pesticide exposer.