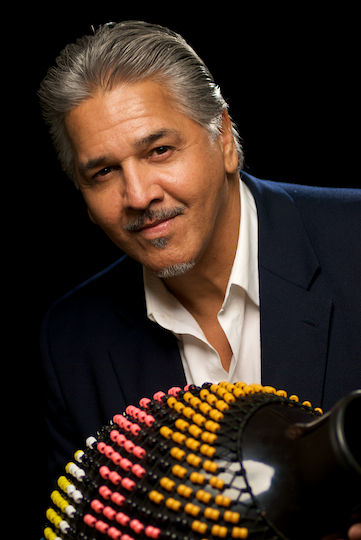 Louie Cruz Beltran, a master percussionist, speaker, and entertainer hosted a virtual concert with Bakersfield College on Sept. 16 through via Zoom and Facebook live. In the virtual concert Beltran played upbeat music, educated the audience with knowledge of music along with the history of it, and gave recognition to the African culture for their varieties and discoveries of music.
Beltran is a Latin Jazz superstar from Bakersfield, California. He attended BC in the early 70’s, graduated with his associate’s degree, and lived on to make and teach music.
Louie Cruz told the Renegade Rip how Covid-19 pandemic has affected him and his fans.
“My performances have been rescheduled unfortunately, no more venues, on the emotional side it’s not something I’m used to as in being in my workshops teaching music. It is stressful because live performances are so different. On a more positive side it allows me to do more internal writing and more time to practice,” Beltran said.
He does not stop his drive of working to improve and continues to work hard and be optimistic.
Beltran also expressed he still receives messages from fans and audience members that keep in touch with social media expressing how much they miss his performances. “We’re all in this together supporting each other and being very understanding.” Since Beltran is a Bakersfield College alumni, he was asked if he had any piece of advice for BC students today.
“Absolutely need to focus. Focus on all the prerequisites you need now to transfer and never hesitate to reach out for counseling. Get help and do not be afraid. Focus on your goals and learn what it takes to reach that level of success you deserve,”
In the online event, Beltran performed “Sabor a Mi”, ballads to a variety of different music genres like rumba, salsa, and played his congas. He also talked about the influences of African people and gave recognition to their discoveries of making music. He spoke about his childhood and his mother teaching him music from a young age such as singing and playing instruments. Instruments like the congas, he expressed how happy he was when he was given his first pair of congas and they were empty medium-sized cans you can flip over.