Former Rip adviser, who made a lasting impact on BC’s students and journalism program, dies 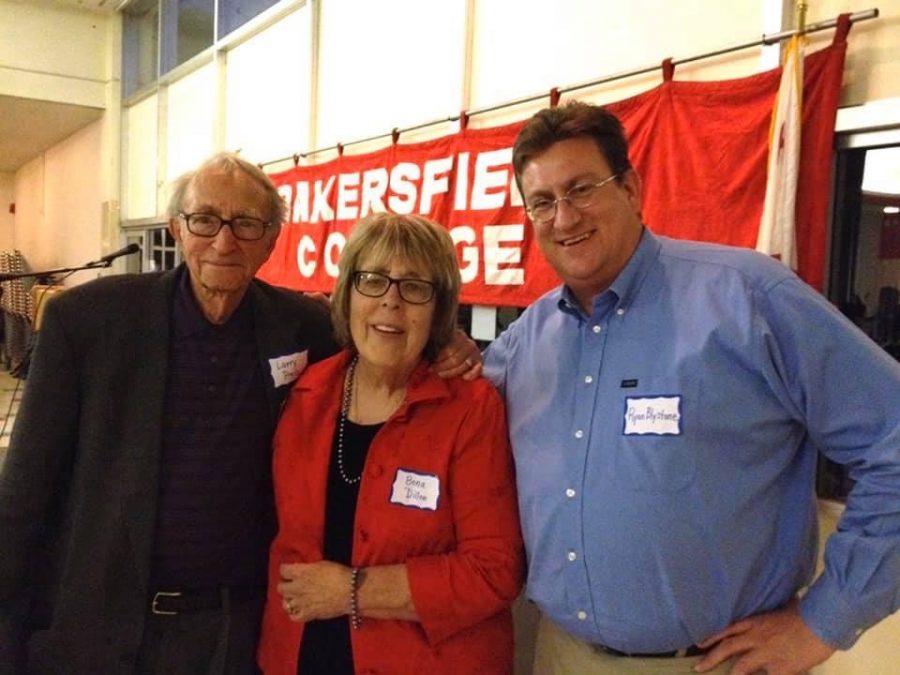 Former longtime Bakersfield College journalism instructor and adviser to the Renegade Rip, Bona Dillon, has died at age 84.  She joined the BC faculty in 1975 and left a lasting impact on many of her former students, many of whom pursued successful careers in journalism after graduating from BC.

Bakersfield College Archives sent out an email noting that Dillon passed away in early February, and a paid Legacy obit listed her date of death as Feb. 6, 2021, exactly a year to the day after her husband, longtime sports editor and columnist for The Bakersfield Californian Larry Press, died.

“Bona Dillon’s impact and legacy on Bakersfield college will last forever. Bona’s contributions to the journalism program and The Rip are still felt, and she and her husband, Larry Press, established and endowed scholarship that is awarded every year to deserving journalism students. Bona and Larry were lovely and supportive to BC, and they will be missed dearly,” said Heather Pennella, BC’s Alumni and Donor Relations Manager.

“Hearing that she passed was definitely an emotional loss,” said Ryan Blystone, a former student of Dillon in fall of 1987, one of Dillon’s last full years at BC.

Blystone first met Dillon in 1986 during a summer journalism workshop she hosted before his senior year of high school. He shared that Dillon was the one who first introduced him to journalism.

“It was a wonderful workshop but the chance to meet her and see what Bakersfield College journalism program was all about before actually going there was priceless,” Blystone said.

After BC Blystone transferred to California State University, Fullerton and worked for 18-years as a newspaper journalist.

“I was a young person learning the craft. She was always very helpful in her teaching and in her encouragement. She was rough sometimes but fair. It really benefited me in my early start of journalism,” he said.

Juan Esparza was an editor to the Renegade Rip and a student of Dillon’s in 1975 and 1976.

Esparza remembers he gave Dillon a hard time when he was on the Rip. When he and some of the editors got bored working on their deadlines, whenever Dillon left the room, they would pull pranks on her.

“I remember breaking into her office, and I hanged all her pictures that was there upside down. So, when she came back she had to deal with that. We would also throw pens and pencils to the ceiling to stick. But even though we did that we respected her because she was able to ring our energy. She’ll make sure we’ll still get the paper done on time and cover the stories that were important,” Esparza said.

The most important thing Esparza learned from Dillon was deadline and copy editing. He said it is something he still values in his work today. For the last 31 years Esparza worked in Fresno and is currently a publisher of El Vida en el Valle, a Spanish language newspaper.

When Dillon arrived at BC, she was a single mom, her two children Lucy and Steve were often seen on campus, especially by her students on the Rip.

“One thing Bona should be given a lot of credit for was being a single mom in the 70s. It wasn’t as common as now for a single working mom and she balanced all of that,” said Kathy Fowler Eddy, who was the editorial page editor for the Rip in 1976 to 77. “I remember Lucy and Steve in the newsroom. I always remember that when I was teaching at [CSUB] when my boys were little. That was an encouragement both professionally and personally. I will always be grateful for that setting.”

Eddy said she thought she could balance work and kids, too, if Dillon could while she was teaching at CSUB for 10 years with young children.

Eddy also remember having Dillon as an adviser was a fun learning experience and “took an interest in each one of us and help find us what we were interested.”

Eddy went onto a career in journalism and public relations professions after BC.

Felix Adamo, former Bakersfield Californian photographer for 40 years, was a photo editor on the Rip with Dillon as his adviser.

Adamo went to BC after he got out of the Air Force and he learned photography there as a hobby. But when he enrolled at BC, Dillon taught him the rules of photojournalism which eventually led him the job at the Bakersfield Californian in 1979.

“Bona was always very encouraging and I had a fun time with her at the Renegade Rip,” Adamo said.