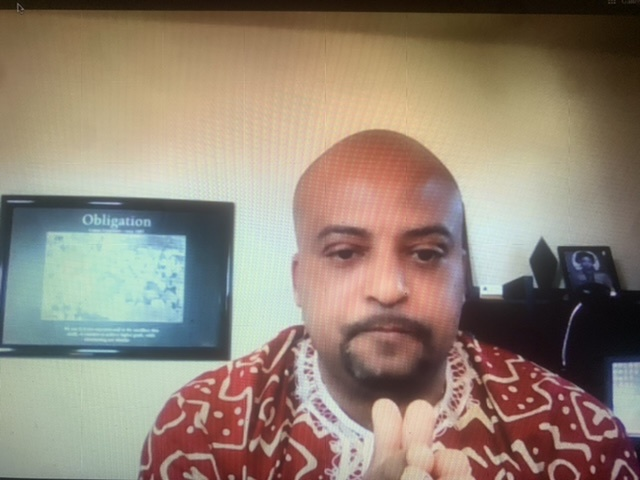 The Barstow community college held a webinar for Black history month, called “You don’t know who we be: A conversation about pre-enslavement & pre-colonial history of Africans in America.” by Dr. Edward Bush was the featured speaker for the Feb. 24 event.

With Black History month coming to a close, Dr. Bush discussed the pre-enslavement period prior to 1619. Growing up in Pomona, Calif, he explained to the audience about the time he was enrolled in Harrison Elementary school. He added that some of his fellow classmates would slump in their chairs.

According to Bush, white supremacy is a topic that has had an influence on schools across America. He explains that there is a phycological connection to what students are taught in school growing up, and how this teaching influences their thoughts of how they view themselves.

“It makes sense that our God looks white, everything good, righteous, holy, looks the opposite of who we are,” he said.

According to Bush, students are taught European and Western culture that goes back thousands of years, and how American students are only being taught the last 450 years of Black History.

Schools teach students western accomplishments, western colonization, and how western culture grew in society. However, looking back on Black History it is hard for a student to feel connected in a classroom that does not include them, according to Bush.

Bush explained that there was a large number of captured Africans who choose death over being oppressed. According to Bush, schools should feel more comfortable teaching students what really happened, so Black students would not feel inferior, or oppressed. He said that there are so many Black accomplishments before 1619 that are never discussed or taught.

“African culture should be embedded and engraved in our math classes, our sociology classes, psychology classes, our anthropology class, in our English courses because you can’t talk about those subjects without coming back to Africa,” Bush said.

The webinar finished with Bush’s colleagues thanking him for taking the time to reflect on Black accomplishments. There was a large influence of students wanting more Black History to be taught in schools. Bush encouraged students to learn more about African and Black culture not only during Black History Month.