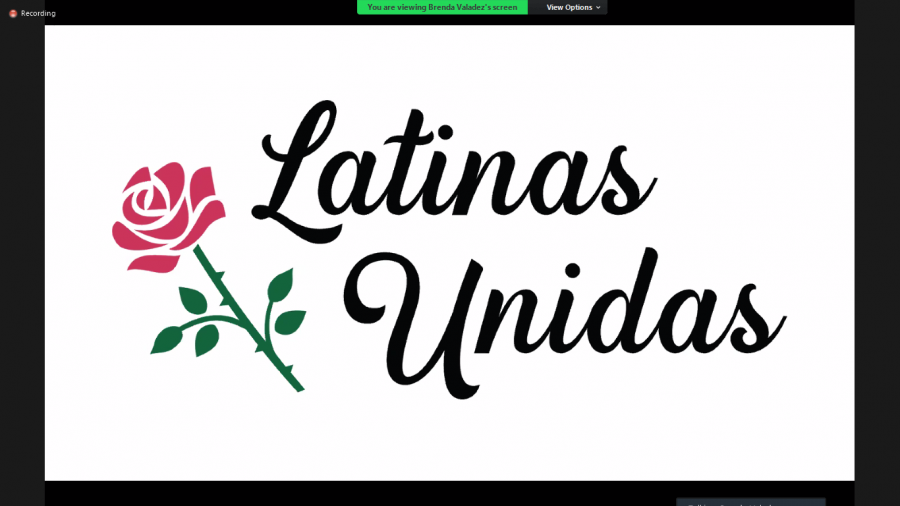 Professor of Communications Brenda Valadez is the faculty advisor for Latinas Unidas and opened the panel by defining stereotypes and briefly going over common stereotypes associated with Latinos, such as working in agriculture or as cleaners. She added that Latinas are specifically associated with staying at home, having children, as well as having children at a young age.

Valadez explained why these stereotypes have lasting effects, “People often fail to see Latinos in positions of power or as leaders,” she said.

Each panelist of the Latinas Unidas club shared stereotypes they grew up hearing before launching into the other questions submitted to the panel.

Former president and one of the founders of Latinas Unidas Gaby Gomez drew attention to a term she grew up hearing, ‘pocha’, from members of the Hispanic community; “It’s technically a word that has a negative connotation and it means that you’re a Chicana/o that was born in the United States and you are of Mexican descent, however, you are seen as someone that isn’t Mexican enough and sometimes, in terms of here in the U.S., you’re not seen as being a modern individual enough,” Gomez explained.

Current club president Jasmine Herrera explained that the club “helps you know that all of these stereotypes placed on women can be broken,” she said.

Aris Trujillo also spoke about how the club has had a great impact upon her perception of Latinas, describing how learning about the stereotypes and have the opportunity to discuss them has helped her feel like she is making a difference within the Latina community, and mentioned Valadez helped destigmatize talking about mental health.

When asked what it is the panelists fear most from Latino stereotypes, Edith Mata expressed her concern over how Hollywood’s over-sexualization of Latina women will affect girls. She believes that this constant objectification of Latina women is something that can affect one’s mental health.

“I fear that little girls and young women are going to think that that’s beauty and it shouldn’t be defined like that,” Mata explained.

Trujillo summarized the two lenses Latinas are often viewed through that do not offer much room for nuance, “Non-Latinx people and even people in our own culture see [Latinas] as submissive creatures that really only exist to create families and raise them. […] It’s so upsetting to know that that’s the thing we’re seen as, as the sexy, curvy women or we’re seen as mothers or maids. It’s time to change that,” she stated.

At the end of the panel, Gomez stated that seeing Latinas in positions of power has been empowering, “I think it brings a sense of hope and that’s what our communities need. They need hope, they need people that can represent them, and understand their struggles and understand their needs.”

Mata seconds this, referencing her decision to run for president of the BC Student Government Association, “If you’re not at the table then how do you expect change? To create change?”