A Second Look at Sports: Effects of a Pandemic 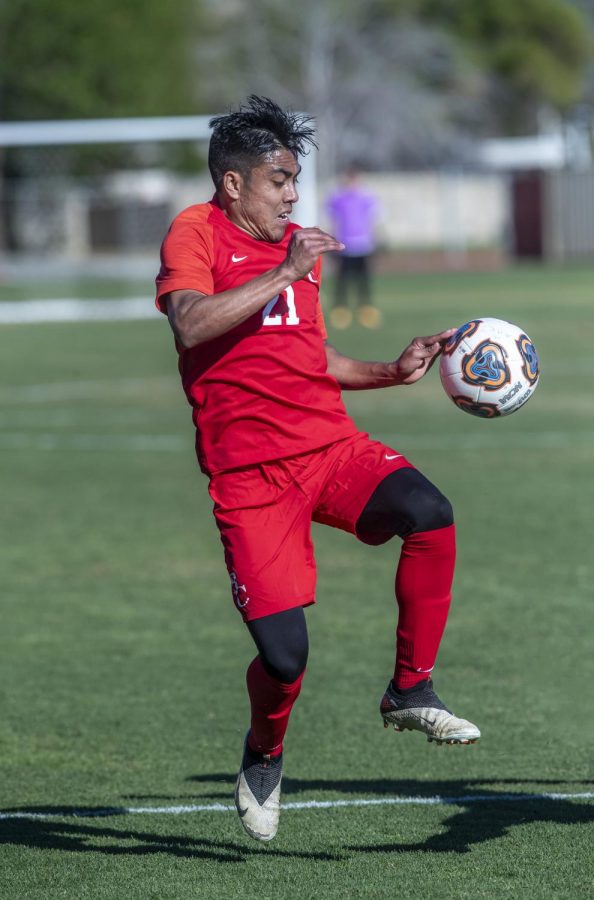 Bakersfield College’s men’s soccer team wrapped up the Spring 2021 season in late March. As this past year has been unlike any other in recent history, the year’s events prompted an interview with the head coach of the men’s team, Vayron Martinez.

Martinez explained that due to COVID-19 safety protocols his team had to modify how they practice and train, but that he believes this was ultimately beneficial to the instructors involved.

“Making list second adjustments is what our sport is about and if we expect our athletes to do that in the flow of the game then we as coaches can do it as well,” Martinez said.

He elaborated that specific safety protocols became part of their routine easily, such as keeping the equipment clean via sanitization, as well as other COVID-19 guidelines i.e. wearing a mask, and staying socially distanced.

“The boys never really complained because they wanted to be out there and the thing for everyone was simple, ‘what do we need to do in order to train and eventually compete? Because we will do what it takes as long as everything is according to guidelines.’”

“I believe it made the group stronger as everyone endured the same hardships daily,” he added.

Martinez said that through the changes made due to COVID-19 he feels he’s learned further appreciation to coaching student’s athletics, explaining that “whether it’s in micro[cycles] or macrocycles and the pandemic, at least for me, made me realize that things need to be taken day by day.”

“Plan for the future but be ready to make some changes very quickly in order to continue going forward,” he added.

As procedures change again, Martinez said he has not seen any changes in their protocols that would signify lax behavior from their team, “we have been functioning almost the same way since the summer of 2020,” he said, referring to the men’s soccer team continuing to practice while wearing masks, socially distanced, and with clean equipment.

He added, “we must be socially conscious and responsible until we have truly taken the virus under control with vaccinations and herd immunity.”