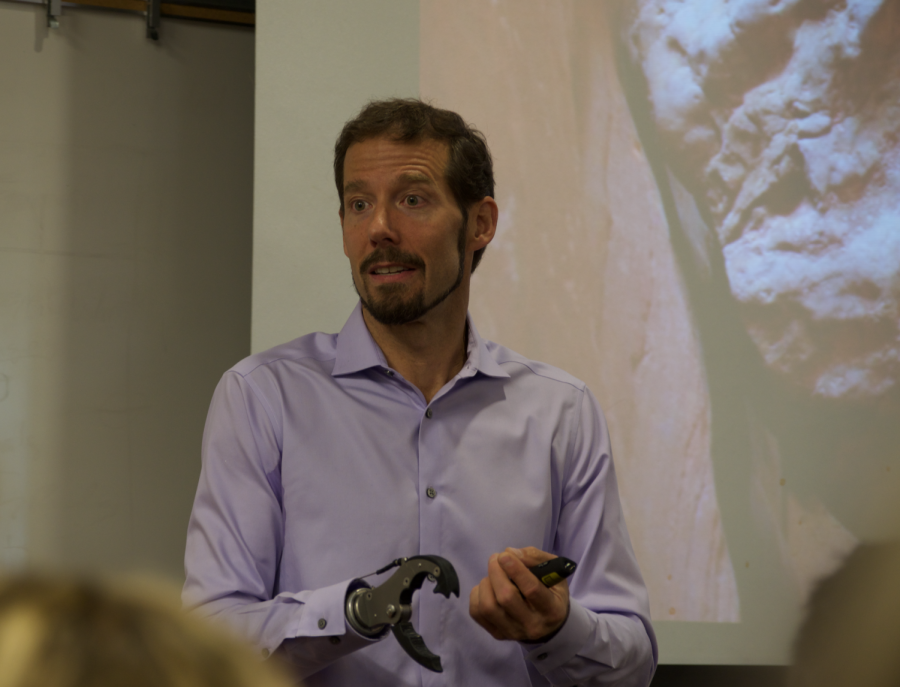 Aron Ralston speaks at BC about his survival story. It was the first in-person Distinguished Speaker Event in more than two years.

After two years of BC hosting the special Distinguished Speaker series online, the first installment of the series within the fall semester of 2022, was finally hosted in-person. “127 Hours, Turning Adversity into Advantage,” featuring Aron Ralston, was

the first installment of the series.

When asking KCCD Student Trustee and BCSGA President, Shehrazad Barraj what it was like to host the event in-person, she stated, “It feels really good you know, we’re back in-person so people get to actually meet the speaker who’s actually coming in here today, Aron Ralston, and to get to hear his story which sounds amazing.”

Ralston came to speak at BC last Thursday, Aug. 29, at the Levan Center at 2:00 p.m. and the Edward Simonsen Theater at 7:00 p.m. During both of the scheduled events, BC was able to host an audience of students, staff, faculty, and the Community.

He is known for his story of how he was able to survive being trapped by an 800-pound boulder while hiking in a canyon in Utah. His story has impacted many around the world as it has been shared, by the Oscar-nominated film “127 Hours,” along with his New York Times Bestselling Book, “Between a Rock and a Hard Place.”

Ralston recounted the story, he talked about the process that went through his mind when he was in a severe situation, such as him trying to carve his way out of the boulder, to then realizing that his only way out was to cut through his arm.

He did not skip any details while he spoke about the process of cutting his arm. The pain of how he first had to stab through his flesh, then cut through the arm, to have to break his bones, and finally cut the arm’s nerves, all made the audience understand how severe it all was.

“It’s not the will to live, but the will to love,” Ralston stated last week. He expressed that the biggest reason that he was able to survive was because of the people that he loved in his life. He also told the audience that the “Boulders” in life will come along, but that the blessings in life will follow along.