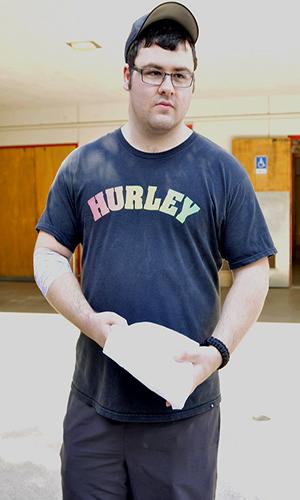 The Student Government Association was pleased with the turnout for the Cesar E. Chavez Blood Drive held March 12-13 at Bakersfield College.

SGA Legislative Liaison Rudy Strong, who was in charge of the event, said he was happy with the results.

“It went great. I expected to do around the same amount as last year but we did a lot better,” he said.

Between both days the drive was put on, over 300 students registered.

Strong explained it was a good outcome, considering how the number of students registered for this spring semester was down from last year, due to budget cuts and things of that sort.

BC is also a part of a national contest, along with other colleges and universities, to see which school can get the most students to donate.

“Last year we placed fifth in the nation, and considering we got more than last year we should do really well,” Strong said.

Unfortunately the SGA won’t know of those results until at least another two months due to the fact that it’s an ongoing process, but Strong says he’s hoping for the best.

“It was a long and tiring process,” Strong added. “But I’m thankful for all the students who came out.

“Overall it was a great drive.”