Chancellor announces her intent to retire 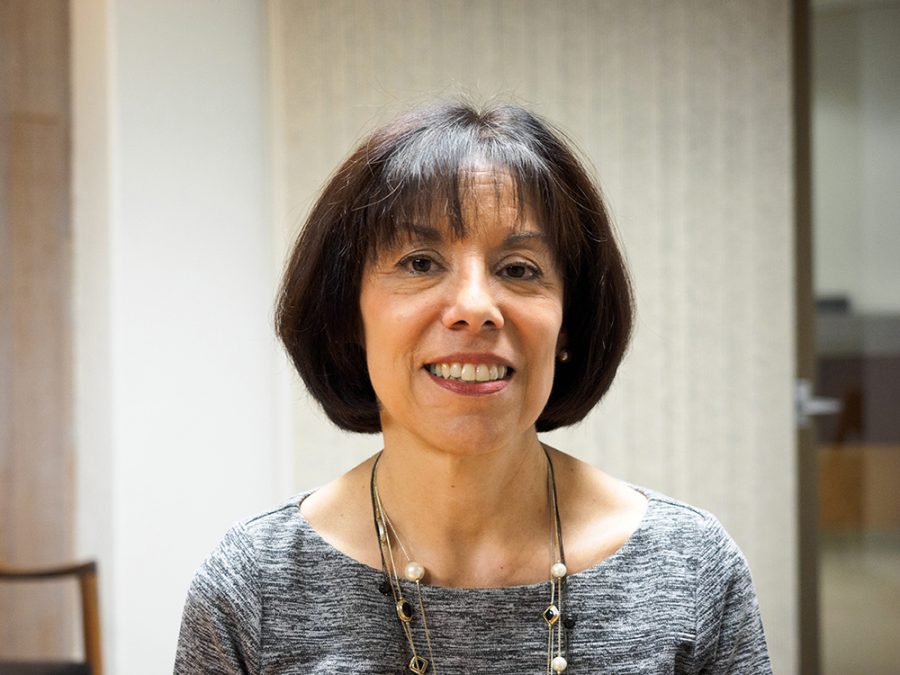 Serrano said that she announced her retirement early to give the district time to find a viable candidate.

She said that there are 38 out of 72 CEO vacancies throughout California community colleges.

“So that is why I had to make a decision earlier then I initially expected, but I wanted to let the board know, because I care about this district, I care about the colleges, I want to make sure they have leadership to take them to new levels.”

Serrano will still have commitments lasting through 2017, including presenting and coordinating the Vineyard Symposium, which is a training and leadership program for newer CEO’s at California community colleges.

Additionally, Serrano will continue on the Western Association of Schools and Colleges Senior Commission for Accreditation, which will last through the entire school year.

“A couple things to keep me busy for several weeks out of the year, but certainly not anything that is year round,” said Serrano. “So I will be making a transition.”

According to Serrano, her husband, Kern County Superior Court Judge Robert Tafoya, will continue to work for at least five more years.

“Long ago, someone told me to never retire at the same time as your spouse…you just need to get used to being retired, so the fact that he wants to continue working, I think is great too. He is not ready,” said Serrano.

“I once had a colleague that actually said that one probably should not spend more than 10 years in one position and I am already at 12 years, so I think it is time…not to mention that I got my Medicare card,” said Serrano.

Serrano has been involved in higher education for approximately 36 years, 12 of which serving as chancellor.

Prior to being named chancellor of the district, Serrano served six years as president of Bakersfield College.

Serrano has additionally served as a vice president and associate dean of students at BC.

Prior to her stint at BC, Serrano started her career in higher education at CSUB, working in student outreach.

“I was directly involved with students, going out to all of the high school campuses, having CSUB students hired to work with me as outreach workers and providing students, who at first didn’t think about college, or maybe thought about college but didn’t know where to go, so that was really a part of my life for at least 15 years, and I have to say, that’s truly what I liked, it’s what I liked to do,” said Serrano.

Serrano has always thought of education as being life changing. “It certainly was in my life, neither one of my parents graduated from high school, but I learned very early that my parents expected me to go to college,” said Serrano.

Recalling her childhood, at one point Serrano thought she would become a math teacher. While in the fifth grade, she would tutor her fellow students in math, “I thought that’s what I wanted to do,” said Serrano.

During her tenure as chancellor, Serrano believes her biggest accomplishment has been the focus on transforming lives. “With an opportunity for higher education comes opportunities that are life changing. Over the course of my years, including those as chancellor, having the opportunity to work with faculty and staff…All with a focus on ensuring that students have access to quality higher education and [to] have the opportunity to prepare themselves for, in some cases, for careers that they never dreamed of, before they enrolled. I think the greatest accomplishment is having great community college leadership, faculty, and staff that are truly committed to changing lives,” said Serrano.

Serrano has always felt that her role in life has been to make things better for those around her. “I think that’s been a core value that I learned from my grandmother, and my mom and dad, it’s about making life better for others because you never know what their circumstances are,” said Serrano.

The projected date for Serrano’s retirement is in February 2017, but the actual date is flexible. Serrano wants to ensure that the next chancellor is in place and that there is a smooth transition before she officially departs the district.

There are currently no travel plans or grand vacations scheduled.

Instead, the one thing that Serrano is looking forward to having time to do is work in her yard. “Believe it or not, I love to go out and lose myself in thought, working in the yard for four, five, six, seven hours, in fact, the day we had one of the hottest days of the year here in Bakersfield, just a few weeks ago, I didn’t even realize it was the hottest day of the year and I had been outside since about 9 a.m. and didn’t quit working until 4 p.m. or 5 p.m. that afternoon, so that’s one of the things I want to be able to do,” said Serrano.