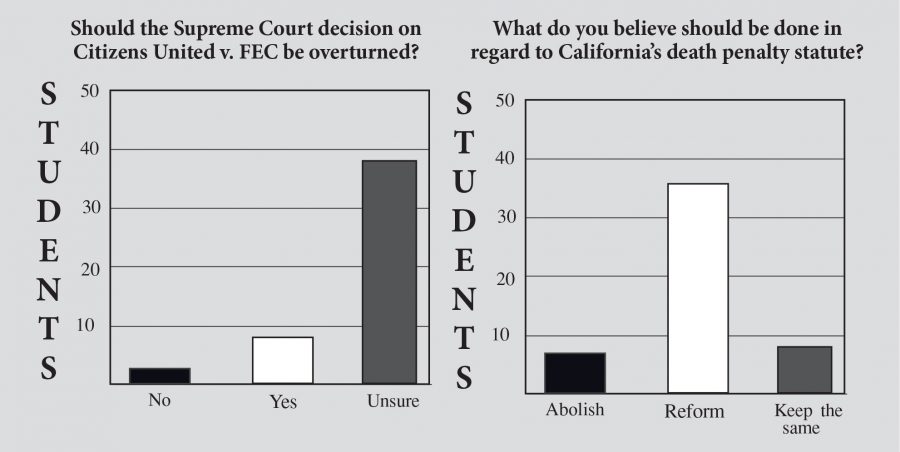 Californians have had what some might call a “love-hate relationship” with the death penalty. From 1778 to 1972, the state carried out 708 executions. Then, in 1972, the State Supreme Court found capital punishment to be in violation of the state constitution. A few months later, Californians voted to reinstate the death penalty, superseding the court’s ruling. The courts have since handed down hundreds of death penalty convictions.

Despite this, only 13 of those executions to have been issued since the reinstatement have taken place. In fact, California’s “Death Row” at San Quentin State Prison now houses more inmates than Florida or Texas, over 700 condemned to death. While all have been found guilty, these inmates are not being executed for a variety of reasons.

Since the law passed in 1972, almost every execution has been delayed in the appeals court system for decades. Since an execution can be handed down at the lowest level criminal court, and can be tried on appeal for years before being decided by the California Supreme Court, most death row inmates in California die from natural causes while in custody.

Complying with federal and state law in executing these prisoners has proven to be difficult as well. As The Atlantic reported in June of 2015, the sole producer for a barbiturate used in almost all lethal injections in the United States were shut down by a court order after evidence of contamination in the facilities was exposed in 2010. While some states, like California, chose to order the barbiturates for executions illegally from a fraudulent pharmaceutical company listed out of London, that was not successful, as nearly all of those supplies were seized by the DEA, and soon all of Europe would ban the sale of the drug to the United States.

If passed, Proposition 62 would eliminate the death penalty all together, making life without the possibility of parole the maximum possible sentence for murder, and eliminating the nations largest death row.

The second, Proposition 66, would speed up the system, eliminating one role of the middle courts by making trial courts responsible for the first round of appeals, and establishing a strict time frame for death penalty review in each case.

While both propositions could in theory pass, only the one with the most ‘yes’ votes will become law, in what seems to be a first in our state’s history.

Bakersfield College students seem to be in favor of Proposition 66, with 70% of polled respondents saying they were in favor of reforming, not abolishing the death penalty. But not all students agree. Allie, 20, says the United States should “join the rest of the civilized world and abolish the death penalty.” Jacob, 19, said “they should all be lined up and shot.”

Regardless of which law passes, it looks like both laws will benefit the families of murder victims with greater financial restitution, generated by the mandatory labor of those on death row. Currently, those on death row are not required to pay restitution to the families of their victims, and less than 1% do. Those currently sentenced to life without possibility of parole are required to work and pay restitution. Under 62, all that were sentenced to the death penalty, would now have life without possibility of parole, meaning they would be required to work and pay restitution. Proposition 70 would change the death row laws to require those awaiting death to begin working and paying restitution as well, and would even allow 70% of an inmates’ wages to be garnished, as opposed to the current 60% limit.