Memorial to be held for a long-time BC English professor 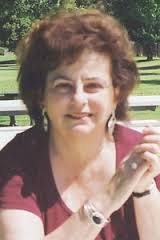 Bakersfield College will hold a memorial for long-time English professor Nancy Edwards on March 4 to celebrate her life. The memorial will feature poetry written by Edwards, as well as live music based upon her poetry, and will be held in Fine Arts 30 at 4 p.m.

The memorial was arranged by a small group of professors and staff members on campus, including John Gerhold, Tom Greenwood, Jack Hernandez, Rosa Garza, as well as others that were close with Edwards and her husband of 25 years, James Mitchell.

Greenwood, a close friend and math professor at BC who took charge in orchestrating the memorial, said he first met Edwards 17 years ago when his wife, who at the time he was dating, befriended Edwards. Over time, Greenwood said him and his wife came to be very close with both Edwards and her husband, James Mitchell.

Greenwood explained he valued both Edwards and Mitchell’s friendship, saying he felt Edwards and her husband were more like family to him.

“I consider ‘Mitch’ a very good friend. And Nancy, like I said, were very good friends. We made sure to get together and do things. She had very good bonds with people. She was a true friend. She was there, no questions asked. So for me that’s one of the many things I’ll miss.”

According to Greenwood, one incident in particular stood out to him that exemplified what kind of friend Edwards was. Roughly eight years ago, Greenwood said he didn’t feel right one day, and went to the doctor. Upon arrival, he received some startling news.

“I was teaching one day before spring break and I go, ‘I’m not feeling that great.’ I had a little bit of a fever, so I decided to go the doctor. So I go to the doctor, and the doctor said, ‘Let’s get a CAT scan.’ They get the CAT scan and say, ‘Your appendix has been cooking for a while, you need to go over to ER.’ I go over to the ER, and Nancy and Mitch were the first ones there. Before I went to surgery, they came over. That’s the thing, they are true friends, they will drop everything for you,” Greenwood said. Greenwood said there are numerous things he will miss about Edwards, but getting together to celebrate holidays, birthdays and anniversaries together is what he will miss the most.

“That’s the thing, these different things we would celebrate, it becomes part of your life after a while. And we will continue these things with her husband mitch. We had done a lot different things together over the years, so it’s the sum of all these different memories that I will cherish,” Greenwood said. Mitchell, Edwards’ husband, said the support from his friends has been extremely helpful in helping him cope with his wife’s passing.

“The best coping has come through my friends. Particularly Tom Greenwood, Sheena Celadon and people that kept me active socially, that helps. That’s been the biggest help I’ve had,” he said.

Mitchell said he loved to go writing competitions with Edwards and hear her speak, and was extremely supportive of her passions. Though he never got into poetry or writing, he explained he enjoys and appreciates the arts of poetry, painting etc.

Mitchell explained that Edward’s love for poetry and the arts will continue through the many students she was able to touch in her 41 years as a professor at BC, as well as through her scholarship on campus that is named after her father.

Rosa Garza, who is part of the Social Science faculty on campus, established a relationship with Edwards when she was a student of Edwards and took her creative writing class at BC.

According to Garza, the two would occasionally go out to lunch or grab coffee together after class was over.

Garza said that Edwards played a large role in helping Garza achieve her goal of going back to school and acquiring her master’s degree.

“I looked up to her and she encouraged me. I wasn’t sure if I wanted to continue with my education and she was very instrumental in encouraging me to follow what I wanted to do and eventually I was able to get my master’s degree.

“She gave me more confidence in what I wanted to do. I was a little unsure.

“I had been married for 20 years and thinking of going back to school was a big step, and she was there for me,” Garza said.

Over time, Edwards grew to become much more than just a friend to Garza. “I saw her as a sister, I have older sisters her age.

“So she was everything, family, friend and mentor, all rolled into one,” Garza said.

Even though the memorial is roughly two months after Edwards’ funeral, Garza claimed she is extremely glad BC was able to organize a memorial for Edwards, and is confident the memorial will pay proper respects to a woman who had a major impact on not only herself, but the entire English community at BC.