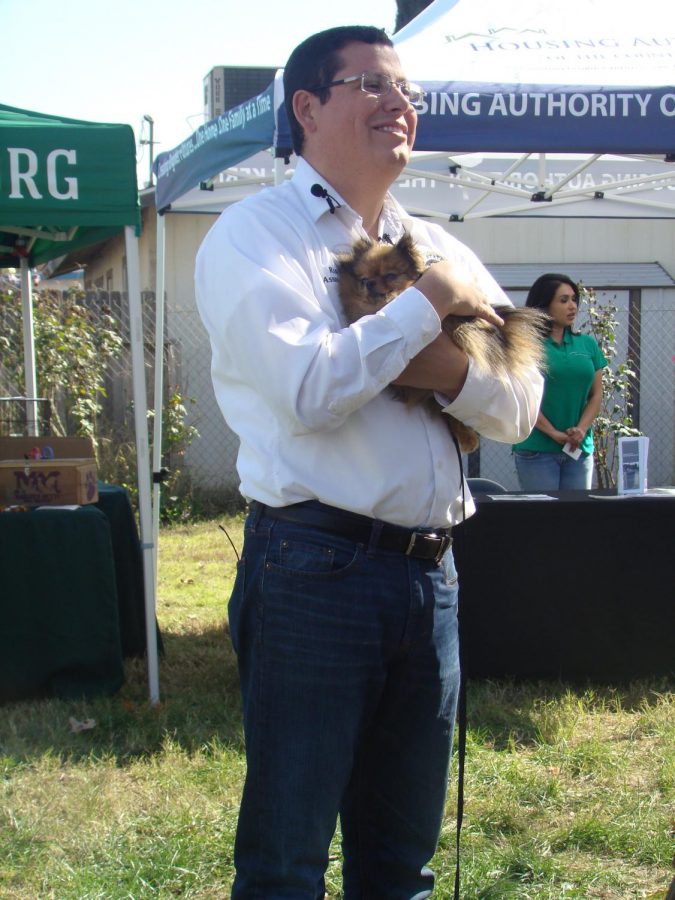 “Paws for Patriots,” a Veterans Dog Adoption & Resource Fair, gave veterans a helping paw by allowing them to adopt a dog for free on Feb. 17 on Union Ave.

Brian Randall, from Veterans Rideshare, said that the primary goal of their organization is to help veterans get jobs and live normal lives. In addition to $500, they donated 105 pounds worth of dog food to those in attendance. “Any leftovers will also go to Marley’s Mutts,” he said.

Emotional training pets stole the show. They roamed around the area and played with the public. Several veterans were seen leaving the premises with their newly adopted companions. Others simply enjoyed spending time with the dogs during the event.

There were also several dogs from local shelters as well as others who are not yet ready to receive training. One of the dogs, Mocha, is expected to undergo training in the future. Training takes up to 50 hours, and it is provided by Sgt. Robert Villaneda of Marley’s Mutts.

Villaneda spent five years in the marines. Now, he helps train emotional support dogs. He said that dogs made his transition from the military to civilian life more manageable.

After leaving the military, “a lot of the things that the dogs needed I needed myself. Like figuring out how to adapt to society; that’s something very important for the dogs and for veterans,” Villaneda said. He added that having a loving dog around can help anybody be better and be more balanced.

The event gave veterans and active service members an opportunity to meet Rudy Salas as well. While he was at the center of the event, he explained that veterans were the main focus of the afternoon.

“Any time you have veterans dealing with like PTSD or any of those issues, having an animal at home, somebody that they can relate to, actually helps them with their mental stability,” Salas shared.

Throughout the event, veterans had the chance to connect with local support groups and assistance.

Organizations including Barks and Books, One Last Treat, and the U.S. Department of Veterans were present, and they educated attendants about how they could receive help. They also provided them with goodies and drinks. Lunch was provided by The Burrito Project.