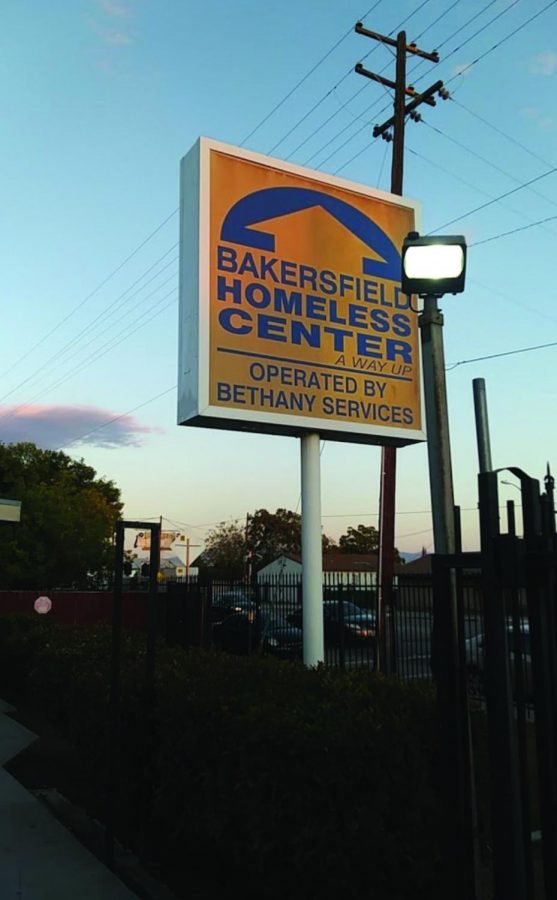 Photo of the Bakersfield Homeless Center that continues to reach capacity due to the cold weather.

As temperatures continue to drop, locals living on the stress struggle, and many have been unable to escape the cold due to local homeless shelters reaching capacity and having to turn them away.

Homeless shelters in town have seen a rise in the number of people in need of a place to stay, and they are unable to provide a warm bed for all. According to director Carlos Baldovinos, The Mission at Kern County, a local shelter with 240 beds, has seen an average 15 person increase every night.

Baldovinos explained that a rise in people looking to stay is typical during the coldest months, and it is also expected when temperatures reach high levels during the summer. What makes this season different is that it is unusually cold, and shelters were not prepared for it.

“No one wants or should be out in the cold. We are definitely seeing an increase, but we expect that to change as it starts to get warmer,” Baldovinos added.

The Bakersfield Homeless Shelter has also been providing people with safe shelter in separate dormitories as well as clean clothing to protect them from the cold if they choose to go back to the streets.

The shelter’s website emphasized that the help provided comes mostly from donations. As demand increases, shelters across town will be in more need of supplies such as clothing and food.

People who have managed to stay in local shelters these last weeks are thankful for the help. Mario Thompson, who spends most of his time in the streets, shared that there were nights when he could not sleep due to the freezing temperatures.

“I had to keep walking or doing something to avoid freezing. Many of us do,” Thompson shared. He added that being admitted to the shelter was challenging because women and children tend to be the priority.

When he cannot find a place to stay, Thompson relies on a shower curtain and a donated raincoat to keep warm. Like him, many others look for ways to cope with low temperatures that are, fortunately, expected to change in the coming weeks.