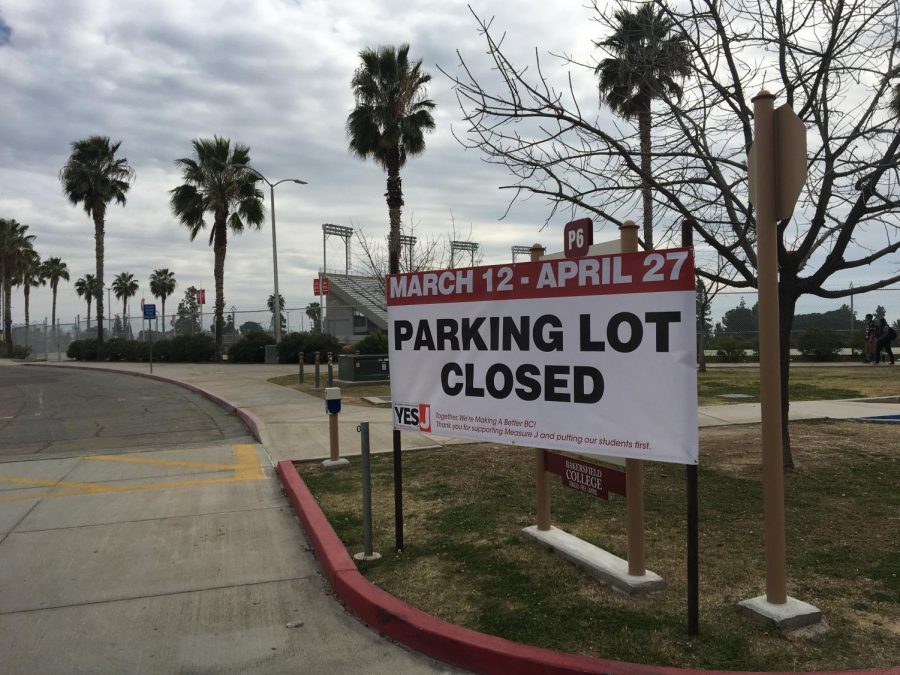 Sign tells students when the parking lot will be closed.

On March 7, Bakersfield College commuters drove onto campus to see signs that certain parking lots will be closed from March 12 through April 27.

The first of these to be done is the parking lot behind the football field which will take place during March 12-April 27. Students should park in P3, P8a and P8b, or P9. Construction on the solar panel parking lots is planned to take place on April 30 to May 31. During this time student should park P6, P7, P8a, P8b, or P9.

In November of 2016, Kern County residents voted on Measure J which allocated $500 million dollars to the community colleges within the county.

Coggins said that it had been several decades since the last resurfacing. The spaces are not the only area that will be re-asphalted as the roads inside the the campus will also be included in the project.

BC student Erica Garcia did not initially know that the parking lot will be closing. When Garcia found out she said that she does not like it. Raquel Rodriguez and Celeste Guerrero talked about the parking closing earlier that day. They said that they should have done it during the summer.