BC Student Detained by ICE 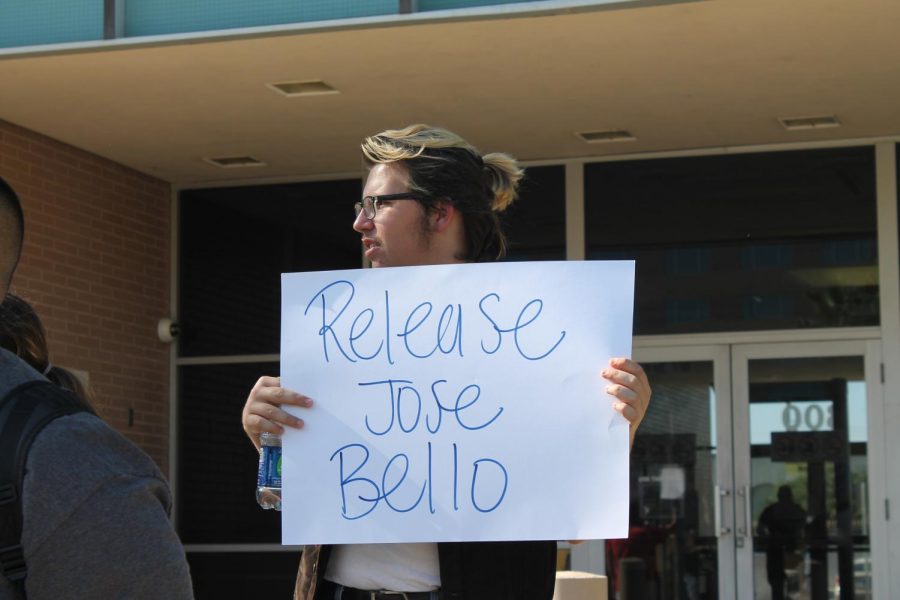 Dozens of students and faculty gathered at Bakersfield College to demonstrate support for a B.C. student who was arrested by immigration officials early Tuesday morning.

Jose Bello-Reyes, 21, and his brother, Oscar Bello-Reyes, were arrested during a targeted enforcement operation according to U.S. Immigration

Hours after Jose Bello-Reyes’ arrest, students and local activists took to demonstrating outside of an ICE building in downtown Bakersfield.

East High student, Christian Flores, 17, heard about the protest through social media and came to show his support for Jose Bello-Reyes.

“I want our government to know that education is more important than deportation,” said Flores. “It’s the most important thing we can do to better our lives.”

As the news of Jose Bello-Reyes’ detention spread, BC students and faculty put together a press briefing outside the administration building on the main campus.

Emmanuel Limaco, incoming M.E.Ch.A (Movimiento Estudiantil Chicanx de Aztlán) president at BC, called for students and supporters of Jose Bello-Reyes to engage in a letter-writing campaign.

Another student leader, Tania Bernal, former BC LUPE (Latinos Unidos Por Educacion) president addressed the crowd to reassure undocumented students that they are welcome at BC.

BC History professor, Rosa Garza, described Jose Bello-Reyes as an energetic student who was always ready to learn.

“He clearly appreciated the opportunity to be a student,” said Garza. “He earned an A in the class.”

Jose Bello-Reyes is a pre-law student and a business major enrolled in summer and fall classes at BC, according to BC Student Government Association president, James Tompkins. He is described by fellow students and faculty as a dedicated student who wished to become a lawyer.

“This fellow renegade is a student, just like me or you, your son or daughter,” Tompkins said in a statement released to the BC student body. “He has a dream of finishing a college education to obtain a pre-law degree. Coming from a similar background, I know that he was driven to fight for justice in our community.”

However, ICE claims that Jose Bello-Reyes and his brother were members of a local street gang and had been convicted of violent offenses against others.

Additionally, ICE officials stated that both brothers were granted voluntary departure to Mexico, but have since re-entered the country illegally.

While his brother, Oscar Bello-Reyes, has been convicted of multiple crimes, there is no public criminal record for Jose Bello-Reyes.

Both Jose and Oscar Bello-Reyes are being held at the Mesa Verde Detention Facility and face deportation.