For years, women had no say in what was going on in the world, but one election at a time, that is all changing. 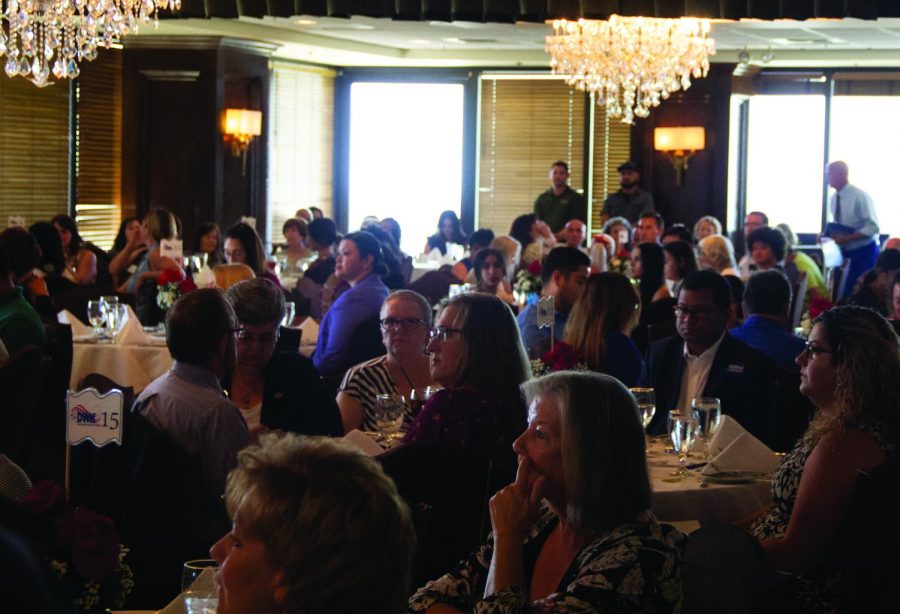 Guests at the luncheon sit together and listen to speeches

The Democratic Women of Kern Club (DWK) held a luncheon themed “Women in Politics” on Sept. 8.  The event brought people together to shine a light on the women running for office in Kern County and the need to have women speaking for their communities.

The keynote speaker, labor leader Dolores Huerta, spoke about her struggles and accomplishments fighting for equal rights for women, immigrants, and farm workers.

“If women are not at the table then they are going to make the wrong decision,” Huerta said, explaining why women need to be in office. “We know women, we have a different intuition, we think differently than men do. We bring a lot to the table. Women care a lot about their families. We know that women will not commit to war because they don’t want to see their brothers, husbands, or sons killed. So, I think women have a stronger philosophy about peace and also equality and equity.”

To Huerta and many of her followers getting there takes believing in her famous slogan that was repeated throughout the room “¡Si Se Puede!” or in English “Yes, we can.” The slogan was being used to get people to believe in themselves and each other in order for progress to be shown.

For years, women had no say in what was going on in the world, but one election at a time, that is all changing. Huerta pointed out women “think differently.” To the women that attended the luncheon, the difference in thinking is exactly what’s helping them reach the top, especially when they gather together at events like the DWK luncheon and share the need to succeed.

“Women like to be in a room with their tribe,” said Kimberly Kirchmer, president of the Democratic Women of Kern club. “With other women who have the same thoughts, beliefs, and value systems as they do. So that’s where it’s powerful, you get all those women in a room together things can get done.”

Speakers emphasized that being a woman in and of itself can be what makes running for office hard or seem out of reach. The thought of having women making decisions for everyone or rising up in power can be the only reason someone chooses to vote against them.

“Definitely, it’s very hard to be a candidate in general but as a woman you do face challenges that men don’t,” said Tatiana Matta who is running for U.S representative of the 23rd congressional district of California. “Especially criticism about the way you look, what you wear, about your hair, the way you’re poised, the way you talk or your tone as a woman and I don’t think men get that a lot… So yes there have been moments when I say it’s about being a woman, this conversation. Sometimes I have to come back to myself and say historically in Kern county there hasn’t been a woman having shot in running against Kevin McCarthy.”