BC drum-line team takes the gold at Winterguard International 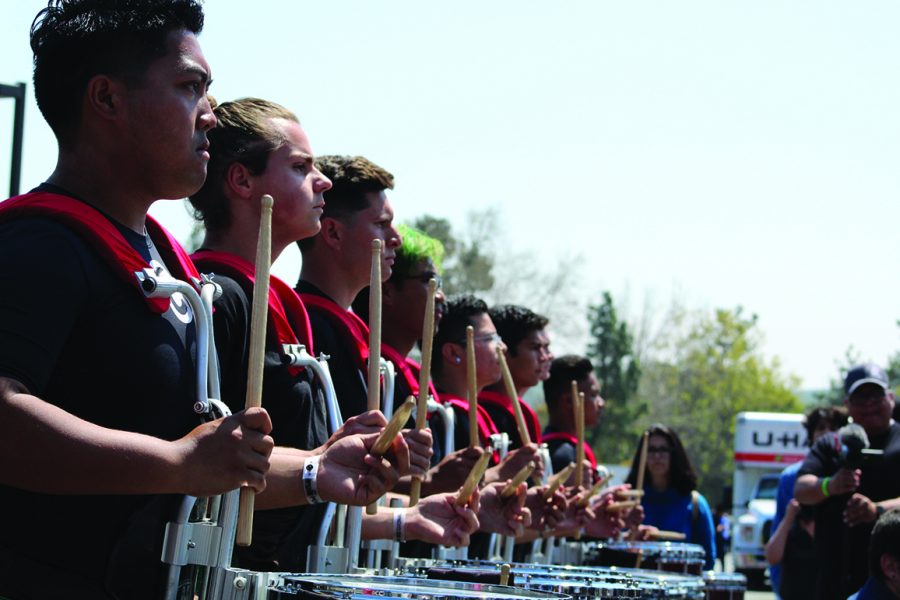 According to Drumline head coach Efren Gutierrez, the WI was a week of prelims, semis, and a final which they placed first all three days. It was three days of competition with 15 schools from all over the country trying to win the gold medal.

“This warm up lot was different than many we have had in the past, because during finals week, we had been ranked first in our preliminaries and also our semi finals. Having that ranking, we were the last to perform and also the last in the lot to warm up,” BC drumline synthesizer player Laura Gutierrez said.

“Many people crowded around our ensemble to watch how we warmed up and also how we prepared to play the show in front of thousands.”

As part of the Percussion Independent Open (PIO) division, the drumline are eligible to participate in the annual WI a national circuit they competed in. In the last portion of the drumline season they were busy with week of travel, rehearsals and competition.

“My goal preparation started months prior to auditions. Making sure our members had the best material and designed show for them to be successful was my priority,” Coach Gutierrez said.

“Once I was confident with WHAT the members were doing, I focused my energy on making sure the rehearsal agendas gave the members all the repetitions needed to execute at a very high level.”

The season started with a few weeks of auditions on early October of 2018. When the 36-member drumline was established the season began in Dec. till April. Coach Gutierrez had them rehearse every weekend to prepare them for the WI.

“Our members understood time management and handled all their school and personal needs during their time on the weekdays. The member’s commitment to the craft and commitment to the time put in was undoubtedly the main reason our ensemble was undeniably award winning,” Coach Gutierrez explained.

As for the band members, they were all so excited to have the privilege to be the ones to break a BC record to win a gold medal for drumline. They all worked so hard to achieve this goal they had all year.

“The experience was super rewarding and super fun! I learned a lot about myself and learned even more about the people around me,” band member Ricki Korba said.

“Once 2nd was announced, the whole group started celebrating, because we had done it. We had broken every previous record BC Indoor had up until that point. We had gotten first. I and a lot of other people started crying immediately.”

As the drumline season is over the drumline team and the head coach are ready for the next season and the WI competition.

“The experience was surreal. This group of individuals worked so hard and were extremely dedicated to everything they were asked to do. Being rewarded with the top ranking was an amazing payoff to an what was already a great season,” Coach Gutierrez proudly said.