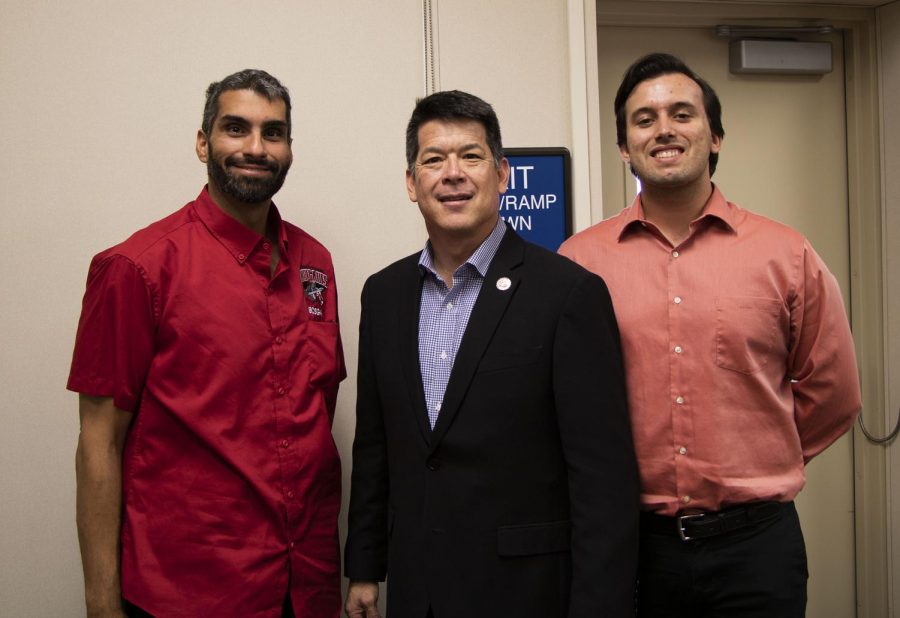 This is the first BCSGA power lunch of the Fall 2019 semester. To select speakers for a power lunch the legislative department in BCSGA reaches out to local representatives.

Cox spoke about many important issues which included immigration, gun violence, and the opioid crisis. Cox told the audience that Congress is working on legislation to resolve these important issues.

Before Cox began speaking about the important issues that face the nation he stated, “I’m very serious when I say I work for you.”

Cox shared insight on what is being done in congress to resolve important issues. Cox described a blue card immigration policy which would allow immigrants to work in the United States and later become citizens. Cox described a piece of legislation that will support universal background checks to limit gun violence.

Cox stated that his biggest challenge, both professionally and personally, is to watch families get split due to immigration. Cox also shared stories about immigrants that inspired him to participate in immigration legislation.

Carlos Juarez, a student at Bakersfield College, stated, “I really like how he cares about the community and how he is inclined to the community. I like how he is trying to get universal background checks and running water in communities.”

Cox also talked about the topic of the cost of higher education. He stated that he believes that higher education should be free because there are a limited amount of jobs for people with only a high school education. Cox said that many college students are under physical pressure and the price of tuition should not be added to that stress.

Cox gave advice to students who are trying to get into the political field and he stated, “Volunteer, see someone who inspires you and get involved in their campaign.”

Cox also spoke about his loss in the last congressional election and stated, “Election is about three things, it is pretty simple at the end of the day, it is message, mobilization, and money.” In the last election, Cox describes how he and his team had the message but they did not have the mobilization or money to carry it out.