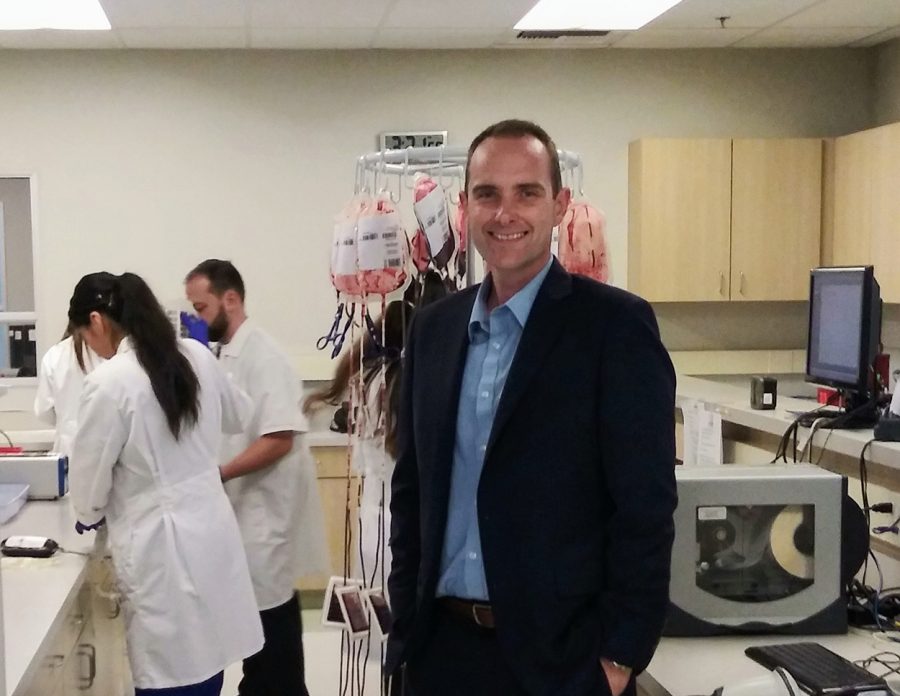 On Aug. 19, Houchin Blood Bank selected Dr. Brad A. Bryan to fill the position of the President and Chief Executive Officer of the blood bank. This decision is following the news of former CEO Galen Kline’s resignation after only five months in office earlier this year. Kline was appointed as the Chief Executive Officer in January 2019, after longtime CEO Greg Gallion retired the previous December. Bryan served as the interim CEO of Houchin Blood Bank in the absence of Kline since May 2019.

Dr. Brad is extremely focused on enhancing the medical field for Kern County as well as attempting to motivate more of the younger citizens of the county to donate blood to help start saving the lives of the people in the community. “He has brought a new perspective with innovative ideas to our organization, inspiring our staff and blood donors to remain committed to the importance of serving our community by giving blood, platelets, and plasma to benefit patients in need,” According to Joseph Engle, Houchin’s Chairman of the Board.

After achieving his MBA from the University of Massachusetts, Bryan then continued his education by earning his doctorates degree from Texas A&M University. He then followed his degrees by the completion of a fellowship under Harvard’s Medical School in Cambridge, Massachusetts.

Some of Bryan’s many accomplishments include being formally recognized for his internationally acclaimed research discoveries working with neurohormone signaling in cancer, while also being an author in over 40 scientific publications. Prior to working with Houchin Community Blood Bank, Bryan lead prestigious and significant roles in development as well as research, serving as a consult for copious biotechnology companies and founding a next-generation DNA sequencing clinical diagnostics company.

Now, besides being Houchin Blood Bank’s new CEO, he serves in the United States Coast Guard Reserves as a Lieutenant Commander. At the time of Hurricane Harvey in 2017, Bryan assisted in the rescue operation of 33 young children suffering from kidney failure cause him to gain national recognition for his outstanding efforts.

“It is an honor and a privilege to be placed at the helm of Houchin Community Blood Bank, a long-standing organization that has helped the Kern County community save over three million lives since 1952. Kern County is a very unique community because Houchin Community Blood Bank is an independent blood center,” Bryan stated after the Board of Directors meeting on Aug. 19.

“This means 100% of the blood transfused in patients in Kern County was donated locally by caring members of our community. In most other communities, where chain blood centers like Red Cross or Vitalant operate, blood for transfusions is flown in from warehousing centers which are hundreds or thousands of miles away. Here in Kern County, life-saving blood is only a phone call and a few miles away. I look forward to the opportunity to lead this amazing organization into the future and to continue serving this great community,” Bryan said.