BC is donated $2 Million by the Valley Strong Credit Union 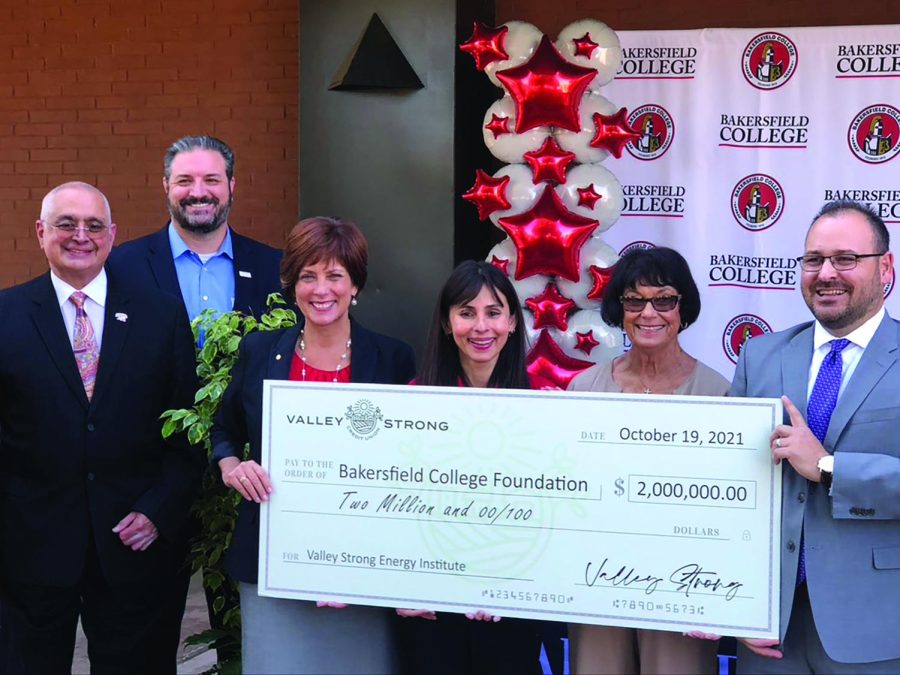 Bakersfield College has been awarded with a $2 Million donation (to be paid over the next 20 years,) by Valley Strong Credit Union as part of a deal to rename the school’s various energy-related programs the “Valley Strong Energy Institute.” This is the first private donation towards BC’s efforts to strengthen the local energy-related workforce.

“One of the greatest benefits about this generous gift, is that it not only ensures expansion of our current efforts, it also gives us the ability to be innovative and create new energy education programming as we move forward.” Executive Director of BC’s Foundation Cheryl Scott said.

The large donation is expected to accelerate the relationship between BC and the National Renewable Energy Lab (NREL) by offering free webinars to the public, as well as a new curriculum meant to ready the local workforce for the possible upcoming changes related to energy in Kern County.

“Kern County is uniquely positioned geographically to be a world leader in renewable energy, including technologies such as wind, solar, biomass, and more,” BC said in a statement on their website, “ Major solar projects are underway in eastern Kern County, and there are already more than 4,500 wind turbines around Tehachapi… Research on renewable energy will only continue to grow, with research on biomass energy using agricultural waste in the Delano area.”

The college’s efforts toward energy efficiency kicked off last year with the offering of free webinars meant to educate the general public featuring the local, state, and national perspective on the topics of energy, agriculture, and water, according to Scott.

“The panelists discuss the current state of industries that impact our local economy, and look ahead to opportunities in the future. This support from Valley Strong Credit Union will ensure that public education and engagement opportunities like this continue and expand,” Scott said, referring to the webinars.

The Valley Strong Energy Institute was described by KCCD Chancellor Sonya Christain as a “virtual campus” that will eventually be turned into a physical place.

“I’m not aware of a specific timeline for a physical campus, but our partnership with NREL is accelerating quickly, thanks in large part to Valley Strong Credit Union,” Scott said.