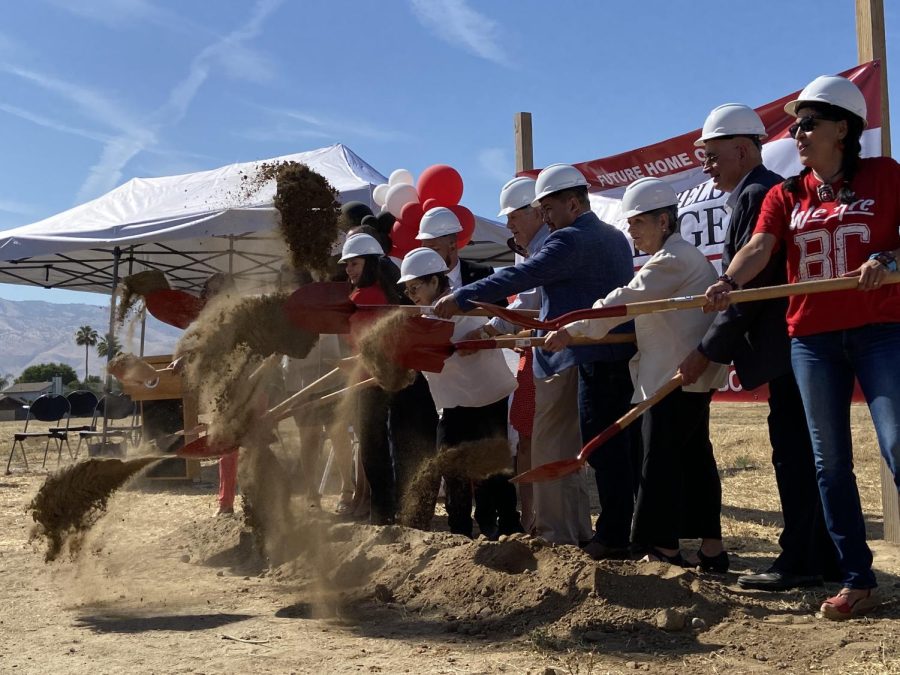 Bakersfield College held the groundbreaking event for the new Arvin campus on May 25 at 9 a.m.

The new campus, which is located on Victory Lane in Arvin directly across the street from Arvin High School, is scheduled to be completed in the fall of 2024, according to KCCD Chancellor Dr. Sonya Christian.

KCCD trustee Yovani Jimenez stated that this groundbreaking ceremony was particularly special to him, being from the Arvin community.

“Many of our rural students are the children of field workers, and for them college is the first step of generational change that can transform the life of their families going forward… I want to share this message loud and clear to the students here in Arvin, to every teeanger in this town, and every adult who ever wanted to go to college and didn’t: college is for you. This college is for you.”

During the event, Dr. Christian spoke on the origins of Bakersfield College, saying “It was between 1906 and 1910 that this community started developing with buildings and a post office… BC happened in 1913. This community, the Birdy Heards and others who are leaders who had the vision that education transforms communities, decided to bring Berkeley to the San Joaquin Valley.”

Since its inception in 1913, Bakersfield College has expanded to operating three other satellite campuses, with the Weill Institute in downtown Bakersfield, the Southwest campus, and the Delano Campus, and soon Arvin will have a campus of its own.

Funded by Measure J, the new campus will allow Arvin residents to pursue further education without taking the long drive to the main campus on Panorama Drive.

Dr. Christian credited former California congressman Bill Thomas, saying he was the difference-maker in guiding the funding from Measure J in the right direction.

“His direction… was very simple: we’ve got to accelerate the buildings because our communities are counting on it. They want to see the buildings, our students are ready to get into the spaces and learn.”

Thomas himself also spoke about the new campus, saying “You may have seen the change in terms of creating roads to go from B to A (referencing the Thomas Road Improvement Program)… I’m really pleased to take a shovel and turn dirt not on a way to get someplace, but to be someplace. B is Bakersfield, A is Arvin, and you’re gonna get a college campus.”

KCCD Board of Trustees president Romeo Agbalog was also present, and spoke about the importance of bringing a college campus to the rural community of Arvin.