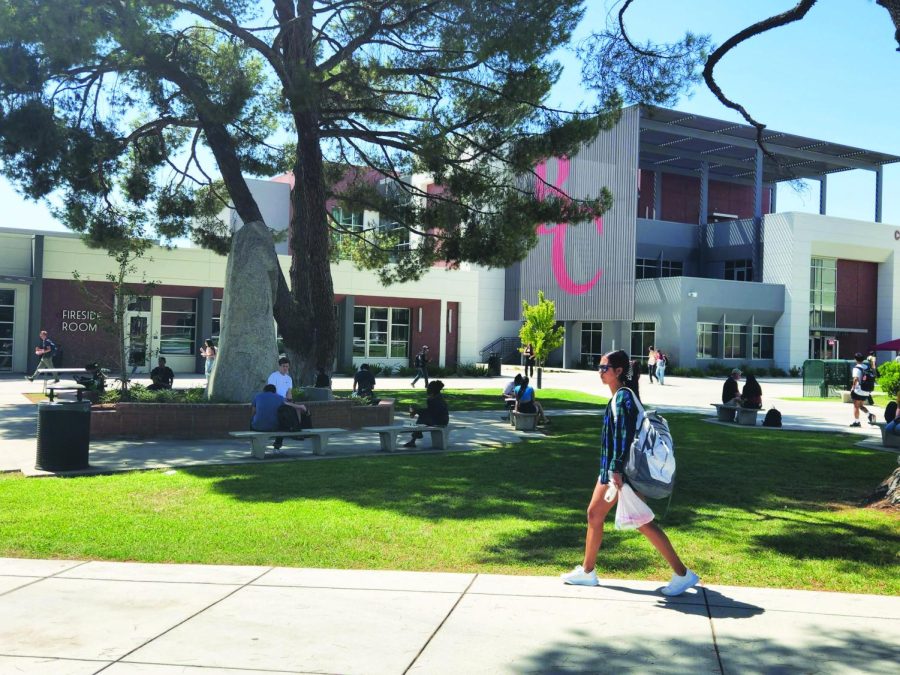 Students hang out on BC's main campus in Aug. 24. The first week of school saw the biggest number of students on campus since before COVID-19 hit in 2020.

During the first week of the fall 2022 semester, many students returned to BC’s campus on Panorama, creating an atmosphere that more closely resembled pre-pandemic numbers of people on campus.

Several students shared their thoughts on what it was like to be physically back at BC.

Alexis Brown is a nursing and psychology major and stated, “It’s been a tiring week but overall has been good.”

Jocelynn Landon said, “It’s been a good and super fun week and it feels great being back on campus. Finding classes was easy because of the resources that are on campus.” She also explained that she was looking forward to the student involvement festival scheduled for the following week, and that it is super important to get involved, so she can’t wait to see all the clubs and resources.

Harvind Grewal is a Political Science major at Bakersfield college and stated that his first week was “enthusiastic, energetic and very inspiring to see so many students on campus,” he said, adding,“ I look forward to the many events next week such as the distinguished speaker series with Dr. James Lindsey.”

Nick Harris, a criminology major at BC, said “It has been a pretty good and easy week and that finding classes was easy.”

Yakelin Canales, a Biology major at Bakersfield college, stated that she “overall had a great week” even though it was somewhat difficult to find her classes, but next week she plans to get more comfortable with her classes.

BC Librarian Faith Bradham explained that she loves the energy of being on campus and seeing students enjoying being back on campus. “It was a really good first week, and it was really busy,” she said.