Smoking policy: Is it a good idea or a bad idea? (Pro) 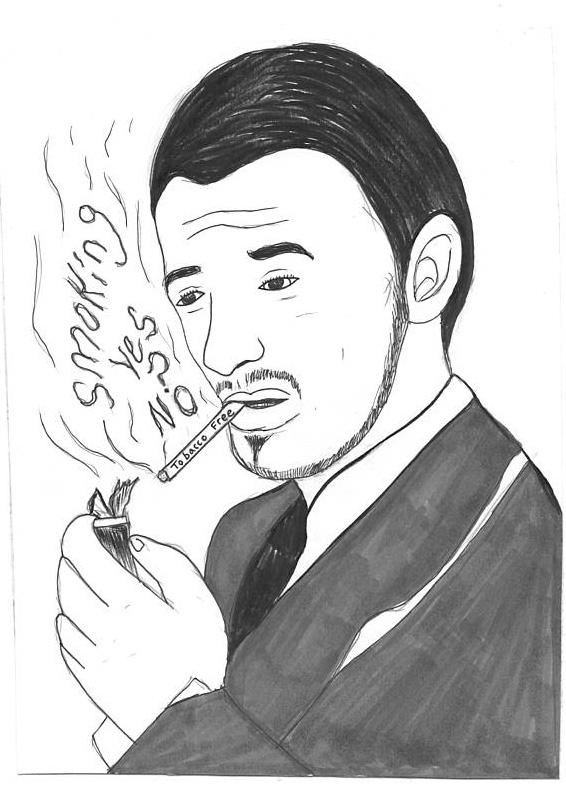 By now, you’ve likely heard about the smoking ban on campus. It isn’t set in stone yet, but the way everything is looking, it seems all but a done deal.

There’s still some confusion as to exactly what’s allowed and what, if any, consequences there should be for noncompliance.

Nevertheless, it appears that a ban, directly enforceable or not, is on the horizon for Bakersfield College.

I’m a smoker. I’ve smoked a pack a day, give or take, for twenty-five years. I have my own set of health problems related to it, and I get that it’s kind of gross.

There are times when even I will be physically repulsed by the smell of my clothing and hair.

Even so, I have no plans to quit, and I fully expect it will kill me before my time. That’s what smoking does.

That’s why, counterintuitive though it may seem, I support the smoking ban. I, and many other smokers, I suspect, already take care to remove ourselves from populated places, or at least respect the state law about staying twenty feet from doors, windows, and building air intakes. We do this not to avoid being criticized, but to reduce the impact we have on others. We know it’s not good for you because, believe it or not, we know it’s not good for us.

Even without the ability to directly enforce any smoking ban, it is an appropriate policy to take for an educational institution seeking to improve the lives of its students.

The lives of nonsmokers are improved by not being exposed to cigarette smoke, and the lives of smokers are, at the very least, improved by the fact that we’ll have to take a walk if we want a smoke. Maybe we can shave thirty seconds off those ten minutes the cigarette is taking off our lives.

As for the vague enforceability of the ban, I agree that it has the potential to cause conflict between students, students and staff, and possibly even between employees and administration. In the absence of clear consequences, it may be that human nature allows for little more than bad blood.

Personally, I haven’t seen it. Granted, I go out of my way to find an unpopulated corner or head out to a parking lot most of the time, but on occasions when I have been told that my cigarette smoke was bothering other people, they’ve always been reasonable and polite. I’ve never been told I was doing anything wrong, just that I should do it somewhere else.

The general social atmosphere, coupled with the fact that, and let’s be honest, smokers, it’s just not that far a walk in any direction to a sidewalk, is going to be what keeps the vast majority of interactions between smokers and nonsmokers at least civil, if not cordial.