The Mentalist performs at BC once again 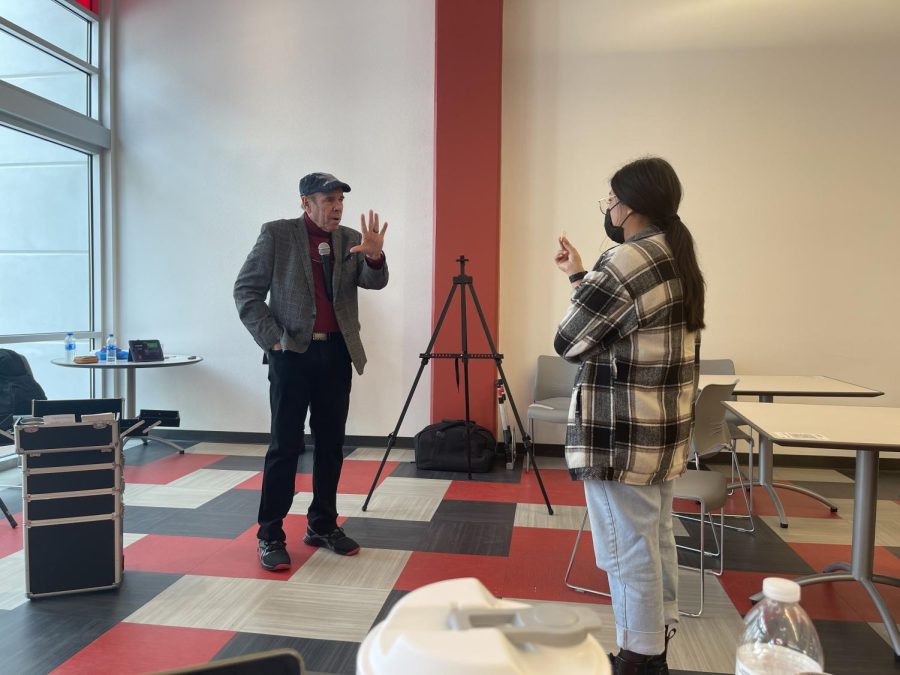 The Mentalist (Richard Aimes) gives an in-person performance at Bakersfield College for the first time in three years.

The Bakersfield College Student Government Association and Office of Student Life hosted The Mentalist in the BC dining commons on March 16. Richard and his assistant Marielle Aimes use magic of the mind and hypnosis to cultivate their audience while performing.

For those who are unfamiliar with what a Mentalist is, they are those who believe to have psychic abilities and the power to read minds.

The last time Rich and Marielle were spotted performing in BC was almost three years back in the Fall semester of 2019 before COVID-19 and no in-person performance could be held.

Some of the tricks Rich showed were the bending of spoons with his mind. Guessing students’ birthdays by having them write it down on a piece of paper and burning it with a lighter. Marielle could figure out the exact month and day that someone was born by writing a grid of odd numbers on a white board and adding or subtracting until she believes she has the right set of numbers for someone.

The trick that caught the most attention was when Rich asked the BCSGA Legislative Affairs Manager, Brenda Abad to write down an actor, any actor she could think of on a small piece of paper and hand it to him. He then threw the paper away without taking a look as to what she wrote down and he began to write down what he thought her answer would be and it was correct. Abad had written down Steve Rogers as the actor.

The strangest thing is the person she wrote down was a character in the popular Marvel Cinematic Universe films to be known as Captain America. Chris Evans is the actor and Steve Rogers is a made up character from a comic book which made this so mind-blowing because this is completely random.

Before wrapping up his performance Rich wanted to thank his audience for attending and to “remember a couple of things, please love one another. That’s the way to make things happen. Hate doesn’t work.”