Bakersfield sound back with Austin’s ‘Dozen’ 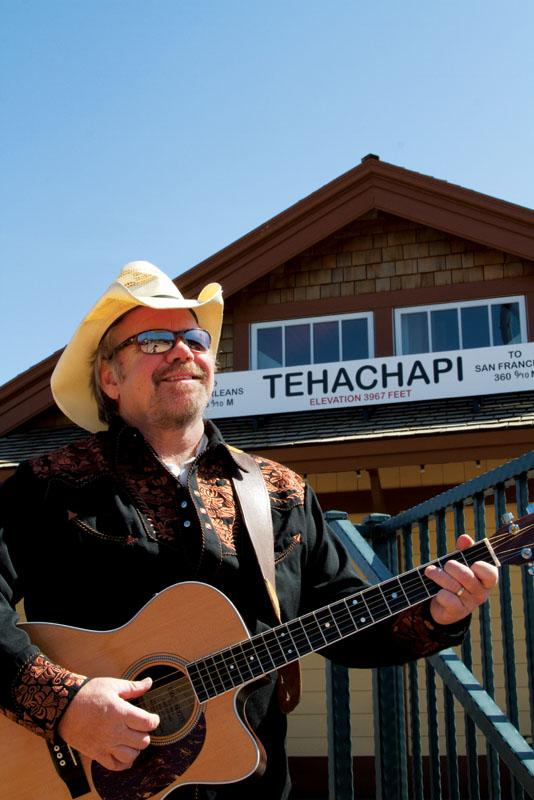 Local musician Stephen David Austin has made it clear that he is determined to carry on the vision of country western music through the legendary sounds of Buck Owens and Merle Haggard.

The allure of fame as a country musician in Bakersfield began with Owens, whose talents drew more than one hopeful to town with the hope of success.

Austin makes a valiant effort at revitalizing the scene to its glory days on his solo album featuring a handful of seasoned session musicians with impressive resumes of their own, ranging from work with Bruce Springsteen to Stevie Nicks.

His debut album, “A Bakersfield Dozen,” involves a number of old-timey, Americana-flavored tunes that cleverly incorporate pedal steel, dobro, a resonator guitar, and fiddle. The sound of the album comes across as safe, but for those looking for a sound heavily influenced by Owens and Haggard, look no further.

The album opens with the humorous, “Best Ex I Ever Had,” a fitting track with an exaggerated sense of past relationships that don’t turn out how we would like them to. Even those who aren’t avid country fans can appreciate some of the humor and get into the realistic nature of the songs.

The fifth track off of the album, “Back to Bakersfield” is a tale of Austin’s grandparents moving to town from Oklahoma during the Dustbowl. While it makes for an interesting story, younger audiences might have a hard time connecting, due to the fact that they may not share the same vision of the simple life; sitting on the back porch drinking ice cold beverages.

Apart from the more mature feel of this tune, the album makes a good effort at reaching a broad audience with songs like “Myspace” and “Bad Dog,” which feature a vocal cameo by his grandson.

“Heroes and Heroin” makes brief references to Charlie Parker, Gram Parsons and Jerry Garcia who were all musicians that tragically died due to substance abuse.

The Lennon/McCartney cover, “Baby’s In Black” appears to be out of place on the album, which is something that Austin has admitted himself. It was included on the album by the request of a friend. Although George Harrison was influenced by the sound of country music, it may not have proved to be the best choice of song to cover on the album.

Audiences can’t help but make a comparison to the original when a well-known group like The Beatles wrote and performed it.

“The Day Buck Owens Died” is one of the more relevant tracks on the album. It tells the tale of Owen’s life; an important part of Bakersfield history that residents should be aware of, from humble beginnings to his rise to fame and eventual death. This song gives a general idea of one man’s perspective on the hall of fame musician that left behind the Crystal Palace and created music that changed the history of the genre.

Whether you’re a fan of country music or not, there’s bound to be something you can take away from this album full of catchy tunes and realistic imagery.