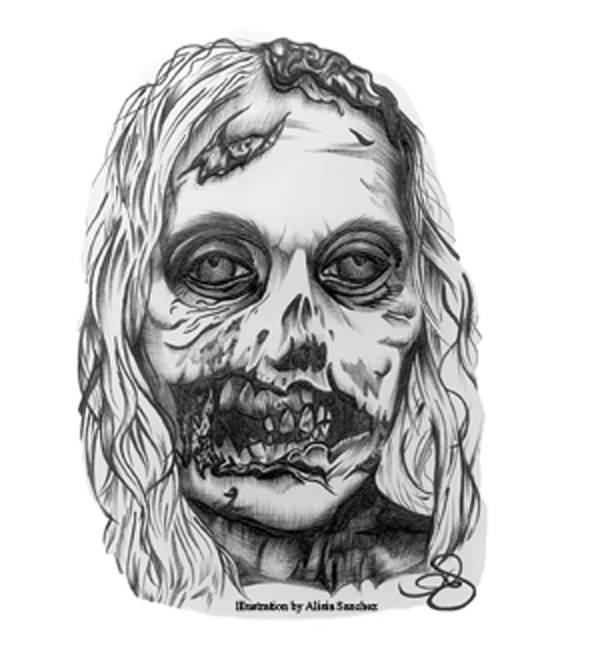 Let me start off by saying that I am a huge fan of The Walking Dead. I have seen every season and episode, including every episode of the current season airing on TV. There is only one way to describe the current season. That description is: Finally!

These last couple of seasons have been plagued by dragging out matters longer than they should, whether it was last season’s individual episodes about every character on their trek to Terminus, or the dragged out affair of when Rick was going to kill Shane.

The show seemed to settle into a “let’s introduce an interesting idea and stretch that out as long as we can” mode. Countless fans, including myself, felt this way about last season and it seems as if some of the other seasons fell victim to this as well.

Zombies also seemed to have vanished as the seasons progressed. In the earlier episodes, Rick was fighting off hordes of zombies, but since then we have been reduced to seeing the occasional zombie here and there.

During the second episode of this season, after Rick and the survivors escape Terminus, we are shown that they are being followed by the remaining cannibalistic survivors, and they’re hell bent on revenge.

So like most fans I began to think, “here we go again with another season filled with Rick’s group of survivors being picked off one by one until the eventual final meeting in the season finale.”

Boy was I ever wrong.

The latest episode had Rick dispose of those Terminus survivors in a fashion that The Walking Dead hasn’t shown in a long time. Instead of a bullet to the head, Rick and his fellow survivors kill off the cannibals by beating them to death. Rick uses a machete to kill off their leader, who had previously tried to kill and eat Rick’s entire group.

The last couple of seasons, the main character, Rick, became more of a talk first act later type of person. In the first season, it was doing anything to survive, and that is the Rick that we are being treated to in this season.

Speaking of the killed-off cannibals, they also brought a level of violence to the show that it hadn’t had in previous seasons. They would capture people, beat them over the head with a baseball bat and then slit their throats, all for the purpose of keeping themselves fed.

The leader of the cannibalistic group, Gareth, had also captured one of the survivors from Rick’s group and talked to that individual while eating the leg that they had just amputated off of him and cooked, while describing what he tasted like and what type of humans he likes to eat.

This type of action and violence is something that the show has been truly lacking and while it can’t be expected in every episode, it helps to push the show to a higher level of excitement.

The zombies have also gloriously returned. Zombies are everywhere crawling around with missing limbs, with faces falling off or just a herd of them walking around aimlessly waiting for someone.

Fans favorites like Darryl, Carl and Carol also return—for now— and along with Rick are willing to do what it takes for the group to survive.

With the story finally progressing and the excitement level high, I can’t wait to see how far The Walking Dead can go.

The last few seasons of The Walking Dead have felt as if they were just plodding along because the viewership has always there, but this season it seems as if the producers have heard the pleas from their fans.

As a fan that was ready to quit on the show, I can safely say that the show is back and better than it has been in a while.