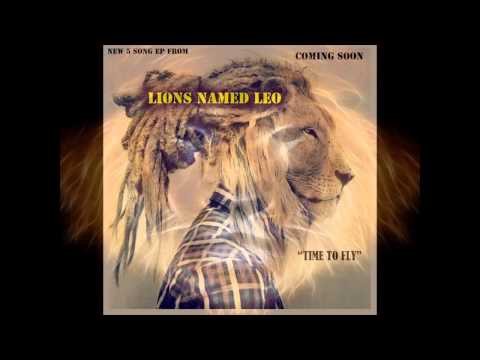 The notorious Lions Named Leo (LNL), which have left their mark on the Bakersfield music scene by blending ska with hard rock, are now back. They are currently writing and recording new music in their studio and rehearsal space building in east Bakersfield. The building is known for the many Bakersfield acts that have used it including the reggae group, Dub Seeds, and famous nu-metal rockers, Korn.

“I hope someday Jon Davis signs LNL to Elementree Records,” Tee Trace Zachdaniels said. Zachdaniels, who is LNL’s main songwriter and lead guitarist, has also produced Dub Seeds, the Aviators, and is the band’s own producer in LNL. LNL have lately had to suffer lineup changes and drama just as much as many typical American bands do before having higher levels of what may or may not be modest success.

“We have had nine drummers over our career as a band thus far, and Mighty Mike is more of a fill-in bass player when we need him,” said Zachdaniels. Since their return to making music and performing, LNL have used the Internet, Krab Radio and their recent show at the Kern County Fair to promote some new songs like “Sun Rays,” “Babble On” and “Sick of it All.”

“Sun Rays” is currently a new radio single and is becoming commercial, but the band has actually had the song in their catalog since last year. The Kern County Fair show was LNL’s first major show since getting back together after previously almost completely breaking up, and it was the first time they even considered performing “Sun Rays” live or rehearsing it in a while. The song is very slow and mellow. It’s one of those songs that doesn’t sound anything like the typical other fast ska songs they perform. It however features a softness and groove that’s complimented with a funky bass guitar riff that is infectious. “When we’re practicing Mike actually practices with his eyes shut to that song and other LNL songs,” said Zachdaniels.

“Babble On” is a whole different story. The song currently isn’t even finished or in its final form yet. It’s just a demo track right now, but Zachdaniels believes it will be a promising song when it’s released.

Zachdaniels also has other projects and does occasional solo work too if LNL aren’t promoting them, they certainly sometimes find themselves using ideas from them. On LNL’s Facebook page there’s a link to a new track called “Sick of It All” which is part of the Radio Assault Orchestra project. It’s a chunky metal song with elements of grunge at a moderate tempo. It’s got a great balance of melody, hooks, aggressiveness and heaviness. Zachdaniels says, “I have different musical influences with regards to artists, time periods, and styles. In hard rock and metal, I really like Korn, Black Sabbath and Kiss. When I was a kid my mother wasn’t too into Kiss though, particularly Gene Simmons, and Kiss and other bands always got called Satanic and made fun of by people that didn’t like hard rock or understand them.” “Sick of it All” is available for purchase at iTunes, and it can be sampled in its entirety at musicxray.com