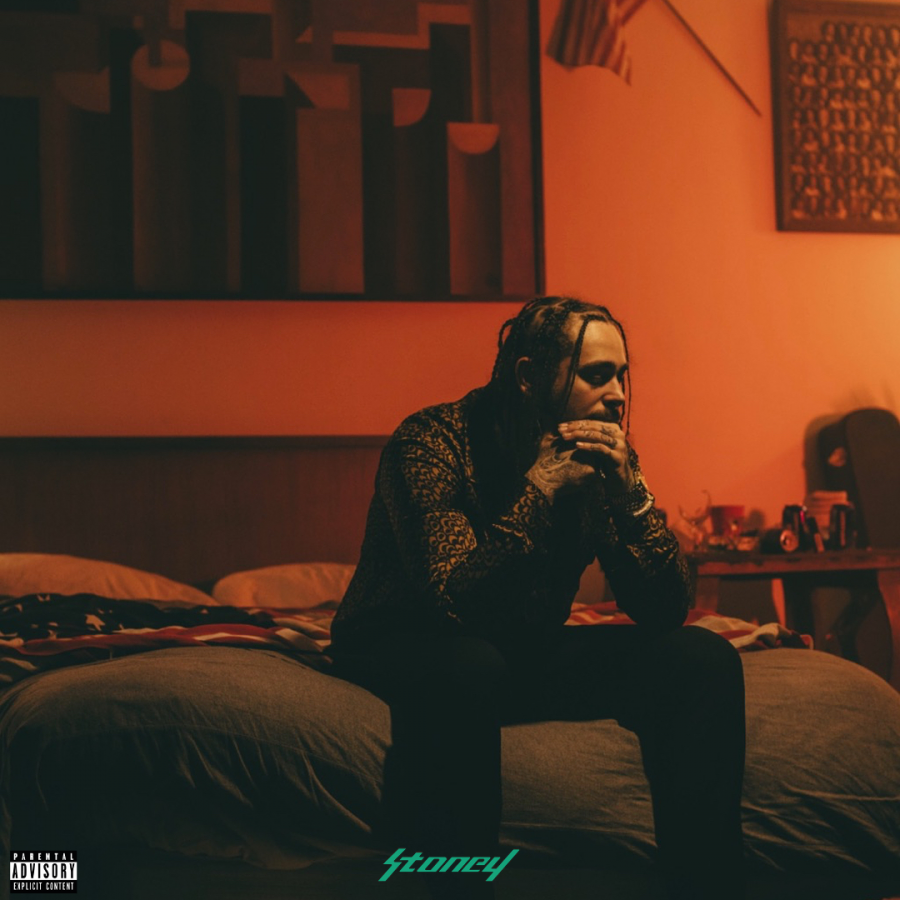 Post Malone’s debut album, “Stoney” is receiving much attention over a year after its release. The album garnered attention after Malone released specific songs from the album as singles. However, Malone’s success is largely undeserved.

“Stoney” though marketed as a rap album, contains almost no rap. Malone simply dips his toes into the waters of rap music; his version of rapping consists of speaking poorly-conceptualized lyrics into the microphone while the sound engineer drowns Malone’s vocals in auto-tune.

The album begins with a song entitled “Broken Whiskey Glass,” a pathetic and drone ode to drug abuse and alcoholism that sets the tone for rest of the songs to follow. Malone’s lyrics feign depth, but are in reality a farcical exploration of existentialism. Though Malone would like to paint himself as a soulful musician processing his emotions through song, the music he produces is devoid of meaning. Rather than exploring and challenging the common negative thought processes caused by depression, Malone simply indulges his negative thoughts.

It is this immoderate self-indulgence that makes Malone’s album truly unbearable. The album continually glorifies drug abuse and alcoholism while simultaneously painting Malone as an impotent bystander enduring much suffering. However, the suffering Malone alludes to is never characterized as the result of his own actions. Instead, Malone casts all of his hardships onto the shoulders of his former girlfriends and “haters,” which is to say, people who are not his fans. The song “No Option” perfectly exemplifies Malone’s victim complex as he spends the entire song venting his frustration regarding the existence of his critics.

Malone highlights his perceived victimhood throughout the album, which could perhaps provide the listener with a sense of banal comfort if Malone’s vocalizations were not so weak.

Malone dances around the notes rather than simply singing them and his inconsistent warbling is even more noticeable with the use of auto-tune. I can only assume his warbling is a failed attempt at vibrato.

Sadly, the album’s lyrics are just as lacking as Malone’s vocals. Malone repeatedly refers to the women in his life using derogatory terms. The song “I Fall Apart” perfectly exemplifies this in that Malone refers to his former girlfriend as a “devil in the form of a whore.”

Beyond being derogatory and lazy, Malone’s lyrics are simplistic and infuriatingly repetitive. The eleventh song of the album, “Too Young,” is as repetitive as it is incoherent. The last phrases of the majority of the lines are repeated multiple times throughout the song, and a significant amount of the “lyrics” are the artists making gunshot sounds. It seems as if each irrelevant onomatopoeia is met with an equally useless “ooh,” “ahh,” and “ayy’s.”

Malone’s album leaves the listener wanting; wanting your wasted time back, wanting to flush your ears with saline, and wanting to forget whine and drone ringing in your ears.