Hozier’s new EP “Nina Cried Power” wowed listeners upon its late September release. Hozier, a folk-rock artist from Ireland, first made waves with his single “Take Me to Church” in 2013. Since then, Hozier has collected numerous awards, including a Grammy nomination.

Hozier’s self-titled album made its debut in 2014, and fans have patiently waited for the release of a new EP in 2018.

The opening song “Nina Cried Power” is a rousing tribute to previous civil rights movements in America and Europe.

“The song started as a tongue-in-cheek inquiry into modern popular language regarding political awareness and grew from there,” Hozier wrote in his newsletter.

The opening line of the song “It’s not the waking/it’s the rising,” references the concept of being “woke,” a word used to describe political awareness. Hozier combats today’s emphasis on simply being aware of social injustice rather than using that awareness to become the catalyst for change.

The song builds slowly, starting with a complicated yet steady drum beat. As Hozier’s vocals join the track, simple piano chords build the verse. The final addition to the verse’s crescendo is the addition of a catchy bass riff paired with a chorus of voices.

As the song is an ode to previous civil rights anthems, the music incorporates aspects from Gospel and rhythm and blues, including artist and civil rights activist Mavis Staples.

“Nina Cried Power” swells to a startling halt before the chorus begins with Hozier belting “and I could cry power!” His melody is then joined by Staples’ powerful and raspy vibrato.

The second song, “NFWMB,” an acronym that stands for “nothing f—- with my baby,” is an apocalyptic ballad full of Biblical allusions.

The first verse begins with an allusion to the Yeats’ poem “The Second Coming,” with the line “From Bethlehem we slouched/and then I must have caught a good look at you.”

Hozier lulls his audience with his gentle serenade backed by the haunting melody. The song is rife with metaphor, such as the line “If I were born as a black thorn tree/I’d want to be felled by you/held by you/fuel the pyre of your enemies.”

Hozier turns his lover into a triumphant force that cannot be bothered by the disasters around her. His muse is described as a creature not only surviving but intently observing the chaos around her.

In an abrupt change of pace, the EP’s next song, “Moment’s Silence (Common Tongue),” is another catchy anthem. The song continues the common motif throughout Hozier’s work: the loss of faith and struggle to find meaning after a religious deconstruction.

Similar to “Take Me to Church,” this song includes a uniquely religious tone. Hozier’s critique of Catholic doctrine is clear; he finds meaning in human relationships- and sex- rather than in the grasp of religious ritual.

He refers to being with his lover as his own cure for his soul.

“A cure I know that soothes the soul/the soul impossibly/a moment’s silence when my baby puts her mouth on me.”

He continues to find meaning in her 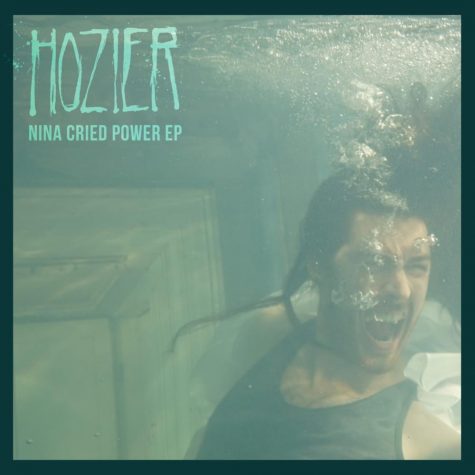 Google Images
while disregarding the belief that God is particularly concerned with their behavior. This can be found throughout the song, particularly in the lyrics of the first verse: “All reason flown, as God looks on in abject apathy/A squall, and all of me is a prayer in perfect piety/A moment’s silence when my baby puts the mouth on me.”

Hozier’s final scathing critique of Catholicism is in the second verse and chorus.

He first criticizes clerics for the hypocrisy of their obsession with sex. “What yields the need for those who lead us oh so morally/Those that would view the same we do through their deformity/Who view the deed as power’s creed, as pure authority.”

Upon the first listen, the audience may gather that Hozier is referencing widespread child sexual abuse.

This is confirmed shortly after in the second chorus, “Be thankful some know it lovingly/There the reason comes in the common tongue of your loving me.” Hozier implores the religious establishment to simply be thankful that some have known sex through love rather than violence.

The EP concludes with another solemn ballad in which Hozier mourns the loss of a former lover. “Shrike,” like many of Hozier’s songs also relies on extended metaphor. Hozier casts himself as a shrike, a bird known for impaling its prey.

His lover is the thorn the shrike stands on. He continues his lament for lost faith, singing “And I had no idea on what ground I was founded/All of that goodness is going’ with you now/Then when I met you my virtues uncounted/ All of my goodness is going with you now.”

The ballad closes the album with the powerful theme of rebirth. “Remember me love, when I’m reborn/as a shrike to your sharp and glorious thorn.”

Hozier’s latest EP is sure to impress long-time fans as well as lure in a new audience. His diverse style of music and well-crafted lyrics make each song worth listening to- over and over again.