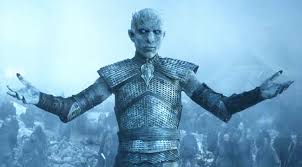 With two episodes down Game of Thrones wasted no time to give its fans and viewers the goods. With the first two episodes of the eighth and final season starting off rather slow the third episode felt more like the GoT that I’m very much familiar with because is it really game of Thrones if no one dies? Episode one and two of season eight served as segues that lead us to an amazing third episode. The first couple of episodes unfolded in front of viewers and started us right where we left off as we watched characters come to realize what we as viewers had known long before the white walkers were knocking on the front doors of Winterfell. With Jon Snow finding out his true identity and the night king and his merciless army of nightwalkers showing up rather early to the party, it was obvious what was to come next. Season eights episode three “Battle of Winterfell” brought fans and viewers the action that we had been craving since the show had come back on April 14. The battle had come to a head and it was time for fans to see the fate of some of their favorite characters in episode three or what was simply left of them. Throughout the episode that I could have almost sworn felt like the last episode of season eight you watch a movie length piece of a season that took 55 days to film, 750 people on scene, and qualified as the longest Game of Thrones episode ever clocking in at 82 minutes, while also qualifying as the longest battle sequence in film or tv history the shows  had made it clear that winter had definitely arrived.