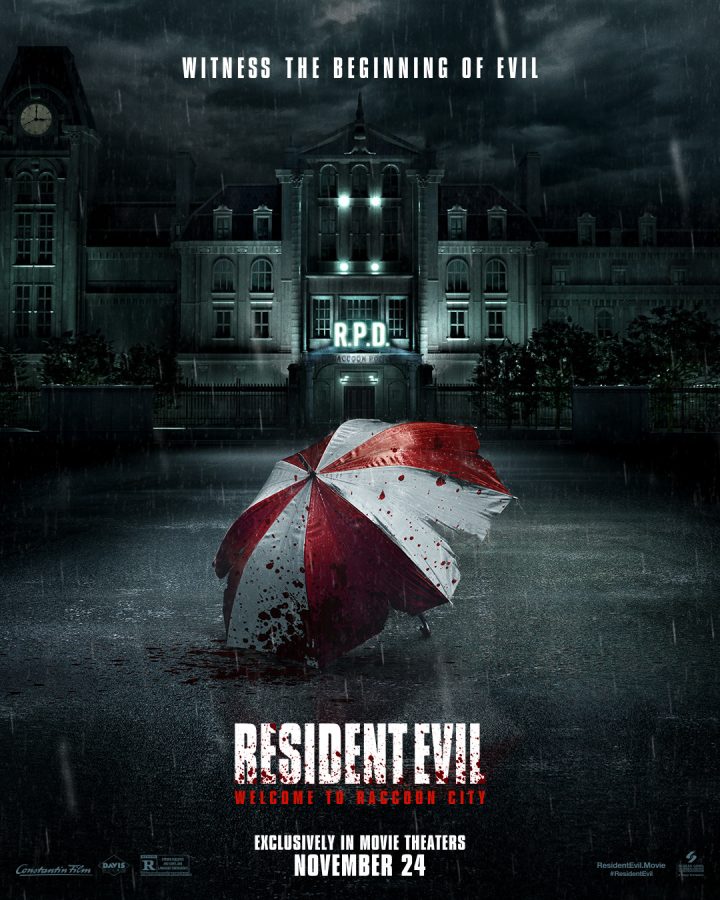 “Resident Evil: Welcome to Racoon City” was released in theaters on Nov. 24, a not-so-family-friendly movie just in time for Thanksgiving.

The cinematography and soundtrack were great. The majority of scenes looked really good and some shots looked like they were straight out of the game. Some of my favorite scenes were of the S.T.A.R.S. team in the Spencer Mansion, at RPD headquarters, and the video of the Ashford twins.

The CGI wasn’t good but it was watchable. The licker that appeared in the movie looked cool, even though only one was shown, but Dr. Birkin’s post-G-virus transformation didn’t look that great.

The personalities and backstories of the characters were also changed a little, but I thought it was fine.

My main problem with this film was the pacing and the erasure of some pretty important events and characters in the games.

The pacing of the film was way too fast. The movie had the time constraint players had in the second and third games but had too much going on for its almost two-hour time frame. Focusing on one game at a time probably would’ve helped the story be properly fleshed out. If anything, they should’ve focused on “Resident Evil 2” and “Resident Evil 3” because they take place at the same time in Racoon City before its destruction, instead of the first game, which is supposed to take place two months prior.

In any movie adaptation of video games or books, fans should be prepared for things to be cut out but I was disappointed by what “Welcome to Racoon City” cut out. S.T.A.R.S.’ bravo team and Barry Burton from S.T.A.R.S.’ alpha team were characters completely cut. People like Ada Wong, Annette Birkin, Sherry Birkin, and Albert Wesker had the roles they played in the games largely changed in the movie. Not to mention all of “Resident Evil 3” that was cut, which has a big impact on the rest of the franchise.

Overall, “Welcome to Racoon City” was a fun movie to watch with loads of easter eggs for followers of the games, but it wasn’t great in the end. If you want to experience the franchise in a better way, I highly suggest playing the games.